Magnitude 5.6 Earthquake in the Andaman Islands.

The United States Geological Survey recorded a Magnitude 5.6 Earthquake at a depth of 69.4 km roughly 25 km to the east of Andaman Island, slightly before 8.10 am local time (slightly before 2.40 am GMT) on Tuesday 13 February 2018. There are no reports of any damage or injuries associated with this event, though it was felt on Andaman Island. 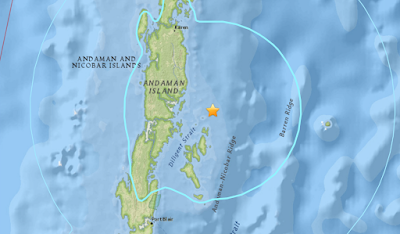 The approximate location of the 13 February 2018 Andaman Earthquake. USGS.

The Andaman Islands sit on the Burma (or Burmese) Plate, a small tectonic plate which underlies part of the eastern Indian Ocean and the western part of Sumatra. To the west of the Andaman Islands this plate is being subducted beneath the Indian Plate, but to the east the situation is more complex. The Burma Plate is being pushed northward relative to the Eurasia and the Sunda Plate (which underlies eastern Sumatra, Java, southern Southeast Asia, most of Borneo and the western Philippines) by the northward movement of the Indian Plate. There is also an area of seafloor spreading beneath the Andaman Sea (separating the Andaman Islands from Southeast Asia), which in turn causes stresses within the Burma Plate, leading to a zone of faulting upon which the Andaman Islands are situated. 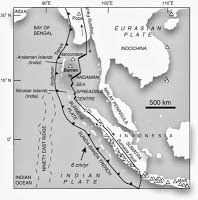 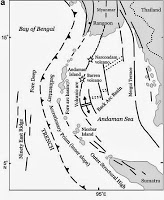 (Left) The movement of the Burma and surrounding plates. Sheth et al. (2011) (Right) Tectonic stresses within and around the Burma Plate. Renjith (2013). 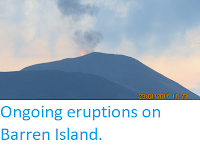 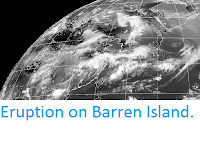 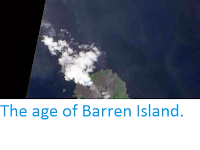 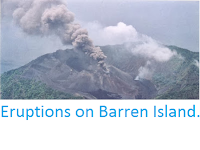