Braconid Wasps are a hyper-diverse group of parasitoid Wasps (Wasps with larvae that live inside the body of another Arthropod, slowly consuming it as they grow), with over 21 000 described species alive today, and many more species being described all the time. The Braconids have an excellent fossil record during the Cainozoic, with many modern groups found early in this period, suggesting that they probably first appeared and diversified early in the Cretaceous. However, specimens from the Cretaceous are much rarer, making the early history of the group hard to understand.

In a paper published in the journal ZooKeys on 17 January 2018, Michael Engel of the Division of Entomology at the Natural History Museum of the University of Kansas, the Department of Ecology & Evolutionary Biology, also at the University of Kansas, and the Division of Invertebrate Zoology at the American Museum of Natural History, Diying Huang and Chenyang Cai of the State Key Laboratory of Palaeobiology and Stratigraphy at the Nanjing Institute of Geology and Palaeontology of the Chinese Academy of Sciences, and Abdulaziz Alqarni of the Department of Plant Protection at King Saud University, describe a new species of Braconid Wasp from Cretaceous Burmese Amber.

The new species is named Seneciobracon novalatus, where ‘Seneciobracon’ means ‘Old Man Braconid’ and ‘novalatus’ means ‘new wing’. The species is described from a single female specimen, 2 mm in length, from a piece of amber from the Hukawng Valley in Kachin State, northern Myanmar. This species is thought not to belong to any living Braconid group, but rather to a previously unknown, extinct lineage, and is therefore placed in its own separate subfamily, named the Seneciobraconinae. 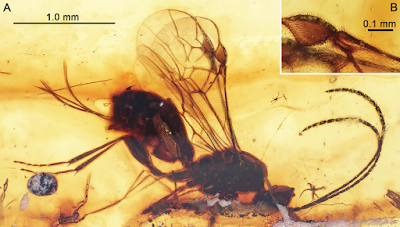 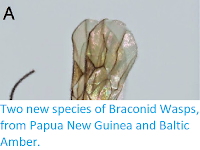 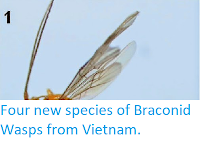 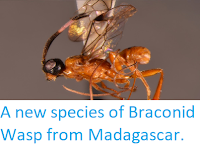 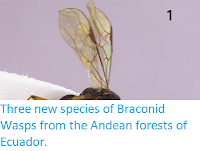 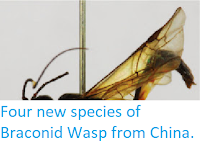 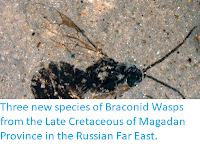