A poacher has been sentenced to a total of 33 years and 3 months imprisonment following a trial at the Skukuza Regional Court in Mpumalanga Province, South Afica. Patrick Nkuna was arrested in the Krugar National Park in 2015, after shooting at a helicopter belonging to the South African National Parks Service. Nkuma was found guilty of eleven of twelve charges, including four counts of attempted murder, possession of an illegal firearm, entering the park illegally and killing a Black Rhinoceros. 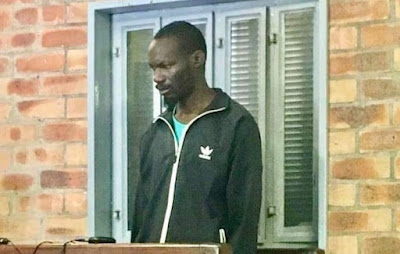 Patrick Nkuna, sentenced to 33 years for crimes related to poaching in the Krugar Nationl Park. The Lowvelder.

Park authorities and private game reserves across Africa and Asia have been struggling with the problem of Rhino poaching for decades, but the problem has become more acute in recent years, with over a thousand killed in South Africa alone in 2017, and over 5500 in the past five years. The country is home to about 20 000 Rhinos, about 80% of the entire African population. The crime is extremely profitable, and widely believed to be controlled by organised crime syndicates, which are thought to have considerable influence over police and court officials in many areas, which results in suspected poachers often being released before they are brought to trial, often with only nominal bail payments. 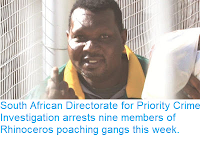 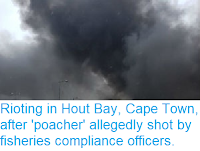 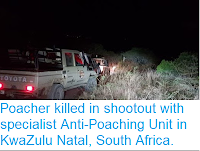 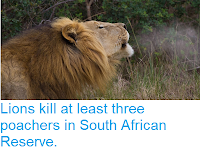 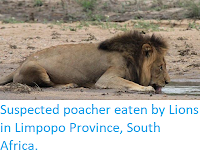