Balanophora coralliformis: A new species of parasitic plant from Luzon Island in the Philippines.

Balanophoras, Balanophoraceae, are parasitic plants related to Sandlewoods and Mistletoes found in tropical and temperate Asia, tropical Africa, Madagascar, the Comoros Islands, tropical Australia and various Pacific islands. They are root parasites, deriving sustenance from other plants, with most species consisting of tuberous root subterranean systems detectable only when they produce flowers, which do project above the ground. Blanophora plants have distinct sexes, each producing either male or female flowers. There are currently fifteen described species within the single genus Balanophora, though a recent study in Japan has suggested that morphological similarity within the group hides a considerable amount of genetic variability, and that a number of cryptic species (species which resemble other species so closely that they cannot be differentiated by normal physical inspection, but which are nevertheless reproductively isolated) may be present within the group.

The new species is named Balanophora coralliformis, in reference to its appearance, which is Coral-like with numerous above-ground branching tubers, with a course texture and scattered stellate (star-shaped) warts, forming clumps rising up to 30 cm above the ground. 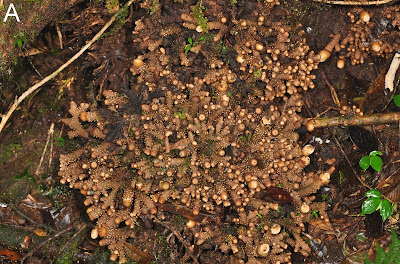 Balanophora coralliformis is known only from a single area between about 1465 m and 1725 m above sea level in mossy montane forest on the southwestern flanks of Mount Mingan. Only about 50 specimens were observed, growing in an area that currently lacks any protected status, and which is prone to illegal logging and slash-and-burn agriculture, although the region has not been well explored by botanists, and the species may be present in other areas. Given the lack of protection for the site and small number of specimens observed, Pelser et al. recommend that Balanophora coralliformis is considered to be Critically Endangered under the terms of the International Union for the Conservation of Nature’s Red List of Threatened Species. They also observe that the lower slopes of Mount Mingan are also home to a variety of other rare species, such as Rafflesia lagascae and the Philippine Eagle, Pithecophaga jefferyi, and that as such recommend that the area should be classified as a Protected Area by the Department of the Environment and Natural Resources. 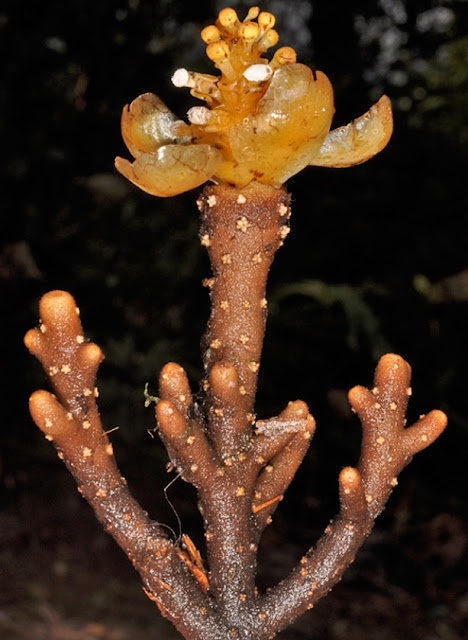 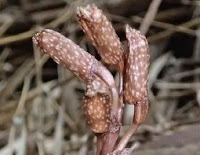 A new species of parasitic Orchid from Takeshima Island, Japan.
Orchids of the genus Gastrodia are found across temperate and tropical Asia, Oceania and Madagascar. They are mycoheterotrophs; parasitic plants which obtain nutrients and sugars from Mycorrhizal Fungi (Fungi which normally form symbiotic...

A new species of Thismia from northwest Yunnan Province, China.
Thismias (Thismiaceae) are a small group of Parasitic Plants found throughout the tropics, with a few temperate species known from North America, Japan, New Zealand and Australia. They parasitize the...