Myloplus zorroi: A new species of Pacu from the Rio Madeira Basin of Brazil.

Pacus, Myloplus spp., are Characiforme Fish closely related to Piranhas, found in the rivers of South America. They are highly specialized herbevores consuming nuts and hard seeds, which they crush with a double row of molar-like teeth that run across the front of their jaws.

The new species is named Myloplus zorroi, in honour of the ichthyologist Mauricio Camargo-Zorro of the Instituto Federal de Educação, Ciência e Tecnologia for his work on the Fish of the Marmelos Conservation Area, and also inrefference to the fictional character Zorro, who wore a mask to conceal his identity. It is unusually large for a Pacu, reaching 351.1 mm in length and 62.5 mm in depth, and has a number of unusual features, notably the absence of an abdominal keel and of the fused prepelvic spines which form a serrae (saw-like structure) in other Pacu, differences that initially led to the species being identified as a member of the related genus Tometes, though examination of its teeth eventually led to it being placed in the genus Mylopus. 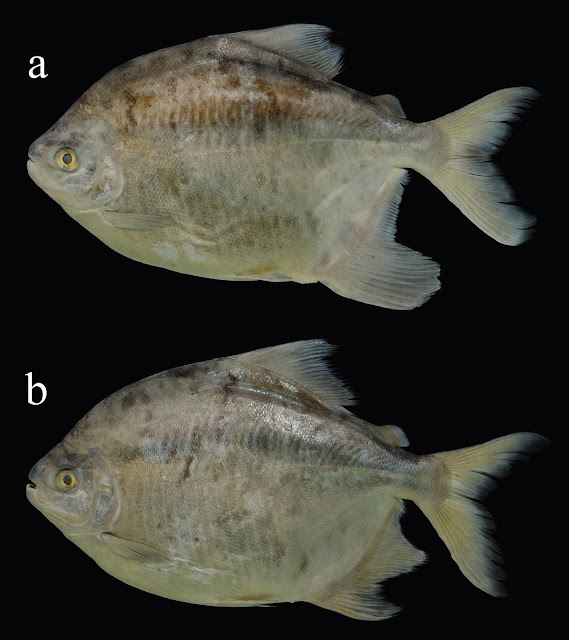 Myloplus zorroi was found living in moderate to fast flowing rivers with rocky or sandy bottoms in the Rio Madeira Basin, part of its range falling within the Campos Amazônicos National Park (formerly known as the Marmelos Conservation Area). 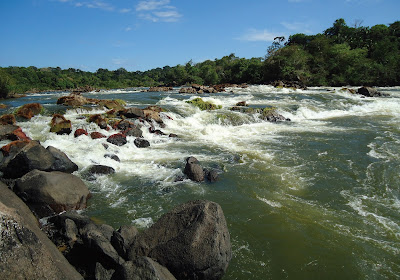 A new species of Characiforme Fish from the Congo Basin.

The bite of the Megapiranha.                  Piranhas are carnivorous Characid Fish from the Amazon river basin with a reputation for stripping large animals to the bone in seconds. While this reputation...