Baltic amber is the preserved resin of Eocene coniferous trees that formed huge forests covering much of Scandinavia and Northern Europe. This amber is noted for the production of large numbers of Arthropod fossils, particularly Insects and Arachnids. After the True Flies (Diptera), Mites (Acari) are thought to be the second most abundant group in this amber, making up about 20% all preserved animals, though they are relatively understudied with many undescribed specimens residing in collections.

The new species is placed in the genus Porttrombidium, and given the specific name gedanense, meaning 'from Gdańsk'. It is described from a single, juvenile specimen. 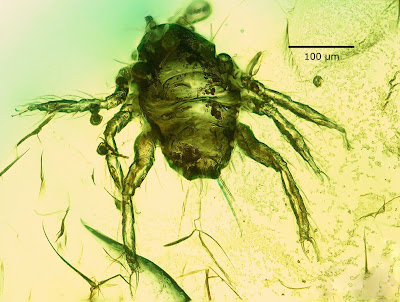 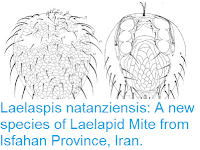