Holcoptera spp.: Aquatic Beetles from the Mesozoic of England and the United States.

Insects are abundant in the fossil record, but historically have been overlooked at many sites by fossil hunters looking for larger, more glamorous specimens. However some more distinctive and eye-catching Insects have been widely collected, making them over-represented in collections compared to contemporary Insect species. Whilst this can give a distorted view of ancient ecologies, such specimens are not without use, as they can track the survival of Insect groups across extinction events and other major ecological changes. One such group of Insects are Beetles of the genus Holcoptera, which are known from several Late Triassic and Early Jurassic sites in England and the eastern United States. These Beetles are known almost entirely from isolated elytra (wing-cases) which have a distinctive banded pattern. Due to the fragmentary nature of most of these specimens it has been difficult to assign them to a higher group, though it has been suggested that their general morphology is similar to that of the Coptoclavidae, a Mesozoic Beetle family thought to have been aquatic due to their horizontally divided eyes (which could give each eye an above water and below water component), and which may be ancestral to the modern Whirligig Beetles, Gyrinidae.

Firstly Kelly et al. examined Holcoptera schlotheimi, the first species described in the genus, by Christian Giebel in 1856, from an isolated elytra found in Late Triassic Deposits near the village of Apperley in Gloucestershire. This specimen is 5.3 mm in length and 1.6 mm wide, with four dark bands and a dark patch at its base. A large number of similar specimens, ranging in length from 4.8 to 7.5 mm, have been described since this time, from the Triassic beds of Gloucestershire and Early Jurassic deposits in Warwickshire and Dorset in England, and Hartford County, Connecticut. Kelly et al. describe two new specimens of this species, both from the Early Jurassic of Binton in Warwickshire. One of these is a complete Beetle with only the legs and antennae missing, and good preservation of the eyes, the other is a partial Beetle specimen with part of the hind legs preserved. 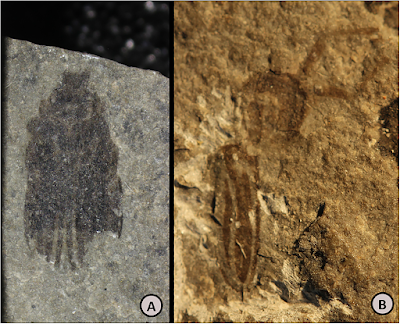 Nexr Kelly et al. re-examined Holcoptera giebeli, a species first described by Anton Handlirsch in 1907, again, from a specimen from Late Triassic Deposits near the village of Apperley in Gloucestershire, and has subsequently been identified in Triassic deposits from Worcestershire, and Jurassic deposits from Dorset. This species has elytra with five dark bands. Kelly et al. describe a new specimen of this species from the Early Cretaceous of Dorset, preserved as part and counterpart on a split slab, with the underside of the elytra, legs and eyes present on the half preserved in ventral view. 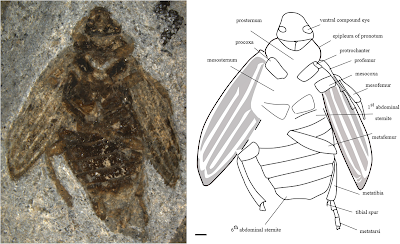 Based upon these specimens Kelly et al. conclude that this genus can be placed confidently in the Coptoclavidae, and shows some adaptations to an aquatic lifestyle, including split eyes and slightly flattened limbs.

Next Kelly et al. describe a new species, Holcoptera pigmentatus, where 'pigmentatus' means 'pigments' in reference to the heavy colouration of the specimen. The species is described from a single elytra from the Late Triassic of Warwickshire. 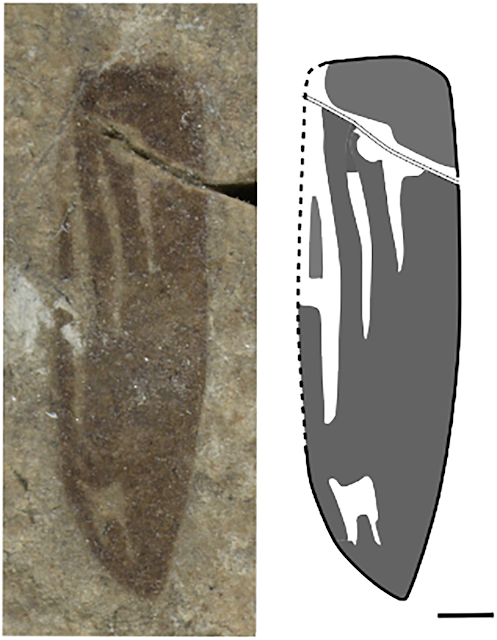 After this they describe a secoond new species, Holcoptera alisonae, named in honour of Alison Crighton, Richard Kelly's mother. The species is described from three specimens from the Early Jurassic of Dorset, one of which preserves an outline of the head and forepart of the body.This species has three bars on its elytra. 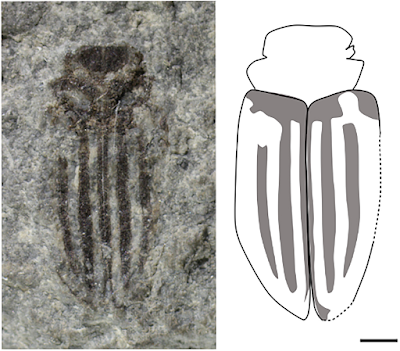 Finally Kelly et al. describe a third new species, Holcoptera solitensis, where 'solitensis' means 'from Solite' in reference to the Solite Quarry in North Carolina. This species is described from two Late Triassic specimens, with four bands, only one of which reaches the tip of the elytra. 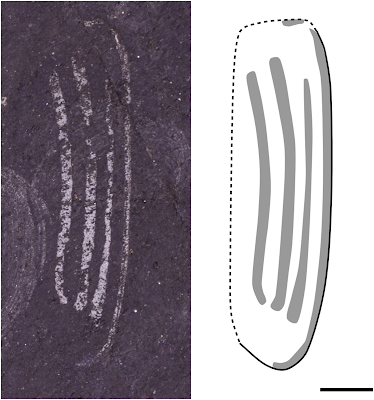 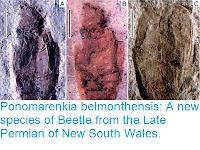 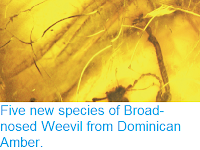 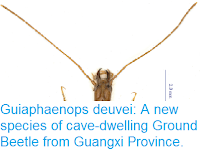 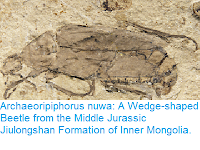 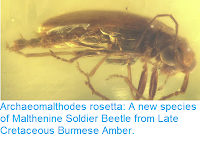