The first Vascular Plants appeared some time in the Silurian, but the group did not apparently become a significant part of terrestrial ecosystems until the Early Devonian, when they underwent a major radiation, with a number of new groups appearing. One of these groups was the Rhyniopsids, simple Plants which lacked roots or leaves, but which did have simple stems with some vascular tissue.

In a paper published on the bioRxiv beta database at Cold Spring Harbour Laboratory on 9 October 2017, Kelly Pfeiler and Alexandru Tomescu of the Department of Biological Sciences at Humboldt State University describe a new species of Rhyniopsid Plant from the Early Devonian Battery Point Formation of Quebec.

The new species is named Eddianna gaspiana, where 'Eddianna'  honours Dianne Edwards of Cardiff University, for her work on Silurian and Devonian Plants, and 'gaspiana' refers to the Gaspé Peninsula in Quebec, where the Battery Point Formation outcrops and the specimens from which the new species is named were collected. The species is described from eighteen specimens, all preserved as calcareous cellular permineralizations within four cobbles. The stems of the plant are up to 2 mm in diameter, possibly larger, with a central xylem strand that takes up about 80% of the area, surrounded by layer of phloem 1-3 cells thick, then a ridged cortex. 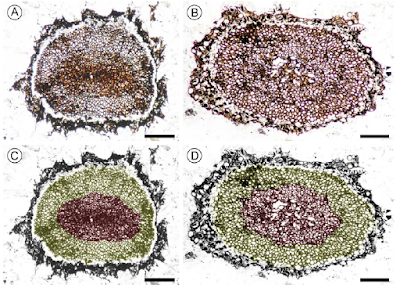 Eddianna gaspiana gen. (A), (B) Axis cross sections exhibiting large primary xylem with potential centrarch maturation cylinders separated from thin, irregular sclerenchymatous cortex by a thin layer of phloem; note incomplete preservation of xylem at centre in (B). (C), (D) same images as in A and B, respectively, colourised to emphasise concentric zonation of the metaxylem, with larger tracheids in the outer zone (yellow) and narrower tracheids in the inner zone (brown); a thin discontinuous layer of very fine tracheids (more conspicuous in (B) and (D)) marks the border between the two zones; note subtle radial patterning of tracheids, locally, in the outer zone, and pattern of decreasing tracheid diameter toward xylem periphery. Scale bars are 300 μm. Pfieler & Tomescu (2017). 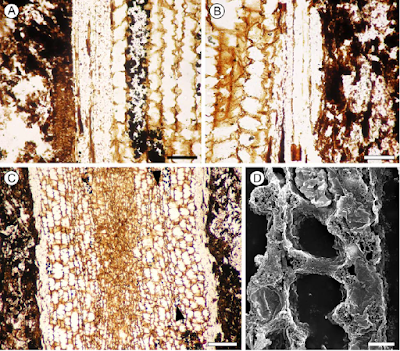 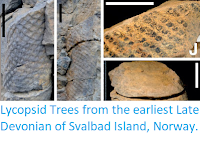 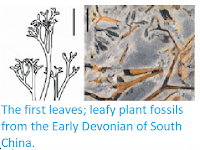 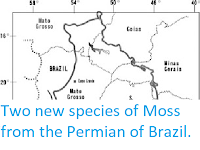 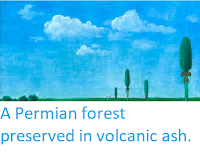