Navigobius kaguya: A new species of Dartfish from Japan and the Philippines.

Dartfish, Ptereleotrinae, are small Goby-like Perciform Fish closely related to Wormfish, and found exclusively in marine environments. Three members of the genus Navigobius have previously been described from Japan, Vietnam and Brunei Darussalam (Borneo), but specimens likely to belong to this genus have been observed in the aquarium trade with origins from as far west as the Maldives.

In a paper published in the journal Zootaxa on 13 November 2017, Anthony Gill of the Macleay Museum and School of Life and Environmental Sciences at the University of Sydney and Ichthyology at the Australian Museum, Yi-Kai Tea of Newtown in New South Wales and Hiroshi Senou of the Kanagawa Prefectural Museum of Natural History, describe a new species of Navigobius from waters off the Ryukyu Islands, Japan, and Luzon Island, the Philippines.

The new species is named Navigobius kaguya, in reference to the Moon Princess Kaguya from Japanese folklore, in reference to markings on the dorsal fins of the fish, which resemble Moon phase charts. The species is described from two female specimens, one caught at a depth of 42 m between Ie-jima Island and Okinawa-jima Islands, in the Ryukyu Archipelago, and one caught at a depth of 55-65 m, off the coast of Zambales Province on Luzon Island, the Philippines. These specimens are 52 and 49 mm long, respectively, and are an orangish or pinkish yellow-grey colour, lighter on the underside, with yellow, white and purple markings. 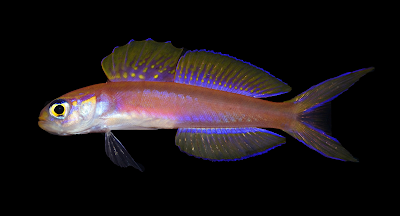 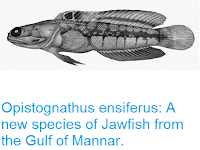 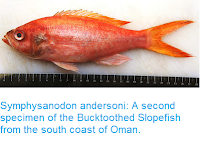 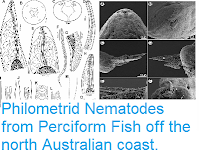