Vittatusivermis annularius: A Worm-like animal from the Early Cambrian of Yunnan Province, China.

While the earliest fossil animals appear in deposits over 750 million years old, animals do not become abundant until 541 million years ago, when a wide range of shelly fossils appear suddenly an event called the Cambrian Explosion  These shelly fossils were accompanied by the earliest unequivocal trace fossils, burrows presumed to have been produced by unknown Worm-like animals, implying that animals without hard parts also underwent a significant radiation at this time, and a several later Cambrian Lagerstätte preserve a range of soft bodied fossils, though soft bodied fossils from the earliest Cambrian are very rare, and nothing likely to have produced the burrows seen in these deposits has been seen to date.

In a paper published in the journal Scientific Reports on 6 November 2017, Xingliang Zhang and Wei Liu of the State Key Laboratory of the Continental Dynamics at Northwest University, and Yukio Isozaki and Tomohiko Sato of the Department of Earth Science and Astronomy at the University of Tokyo, describe a new species of Worm-like animal from the Early Cambrian Yuhucun Formation at the Tianning Phosphorite Mine in Anning County, Yunnan Province.

The new animal is named Vittatusivermis annularius, where 'Vittatusivermis' means 'ribbon-shaped Worm' and 'annularius' refers to the visible annuli (rings) on the surface of the animal. The species is described from a total of 66 specimens found on a single surface thought to be about 535 million years old. The largest specimens reach about 26 cm in length and 1 cm in width, they are flattened and show ring-like pattern, similar to that seen in  modern Annelids (though this does not imply a direct relationship, as such annuli are seen in other groups). 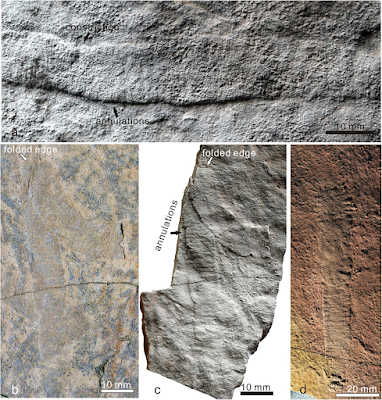 Vittatusivermis annularius cannot confidently be assigned to any modern group; its annuli are similar to those of Annelid Worms, but these are not usually flattened. Flatworms and Nemarteans are flattened, but do not usually have annuli. In the absence of any obvious preserved organs, it cannot be confidently assumed that the fossils represent entire creatures, they may be the shed skins of something like an Ecdysozoan. They do, however, resemble a number of other late Ediacaran and early Cambrian soft-bodied fossils and traces, including Onuphionella, a tubular fossil from the Early Cambrian interpreted as a Worm-tube, and Sabellidites, Shaanxilithes and Wutubus, worm-like soft-bodied animals from the Ediacaran Biota. 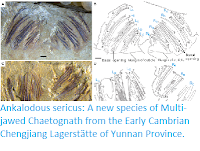 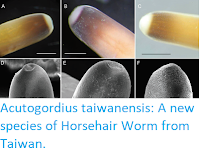 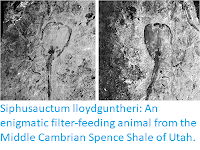 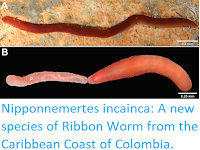 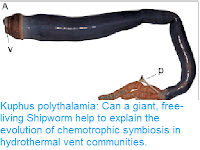