Authorities in Indonesia are investigating after two Sumatran Elephants, Elephas maximus sumatrensis, were found dead within the last week. The first Elephant, a 40-year-old male, was found in a plantation near Bengkalis in Riau Province on Tuesday 19 November 2019, having been decapitated and having its tusks removed. The cause of death of this animal is unclear, as it had no other injuries and was showing no signs of poisoning (it is unlikely that anybody managed to decapitate a living Elephant). The second Elephant was a 25-year-old female found on a timber plantation in Peureulak District, Aceh Province, on Wednesday 20 November. It had been dead for about a week when it was found, and showed no signs of any physical injuries, and authorities are investigating if it may have been poisoned or electrocuted. 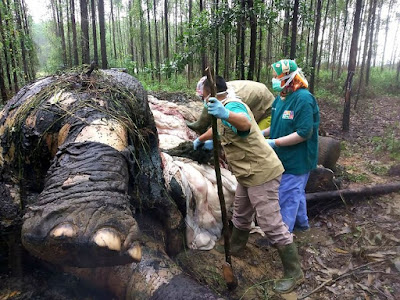 Many animals will simply flee such incursions, or, if unable to, are likely to end up in the cooking pots of hungry villagers. Elephants, however, are a somewhat different proposition. They are large animals, not used to being challenged by other animals in their home ranges, and typically live in matriarchal herds of up to a hundred, with herds holding large territories, criss-crossed by Elephant trails. A herd of Elephants encountering a new Human construction are unlikely to attempt to go round it, and are quite likely to maximise the damage they cause to show their displeasure. This has become a particular fuel of conflict in Indonesia, where a rapidly expanding Palm Oil industry has intruded on the Elephant's natural environment, and the Elephants have discovered that the fruit of the Oil Palm is an excellent form of food. 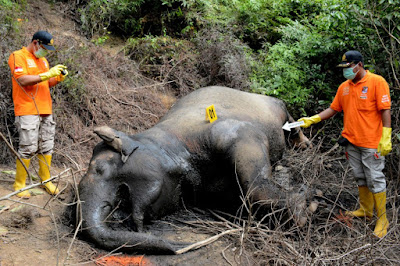 The Sumatran Elephant Elephas maximus sumatrensis, is a subspecies of the Asian Elephant, Elephas maximus, found on the islands of Sumatra and Borneo. The subspecies is considered to be Critically  Endangered in the wild under the terms of the International Union for the Conservation of Nature’s Red List of Threatened Species, with less than 2000 individuals thought to be surviving in the wild, fragmented into 20 fragmented populations. The species is threatened by habitat loss due to Human activities and direct hunting for their ivory. 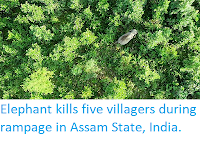 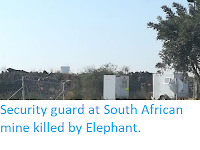 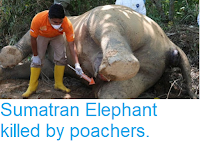