Fifteen killed in explosion at coal mine in Shanxi Province, China.

Fifteen coal miners have died and another nine have been injured in an explosion at an underground mine in Pingyao County in Shanxi Province, China. The incident happened at about 1.50 pm local time on Monday 18 November 2019, at the Feng Yan Group-operated mine. Another eleven miners who were below ground at the time of the incident were unharmed. 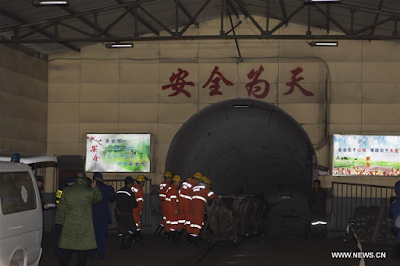 Rescue workers entering a mine in Pingyao County, Shanxi, following an explosion on 18 November 2019. Yang Chenguang/Xinhau. 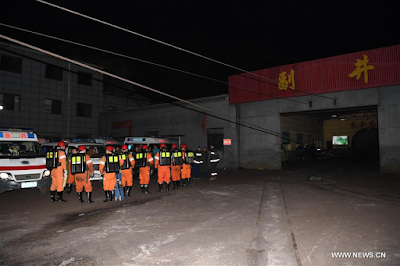 Rescue workers entering a mine in Pingyao County, Shanxi, following an explosion on 18 November 2019. Yang Chenguang/Xinhau.

Coal is also comprised more or less of pure carbon, and therefore reacts freely with oxygen (particularly when in dust form), to create carbon dioxide and (more-deadly) carbon dioxide, while at the same time depleting the supply of oxygen. This means that subterranean coal mines need good ventilation systems, and that fatalities can occur if these break down. 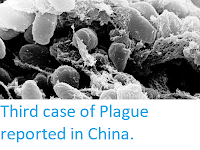 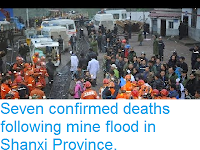 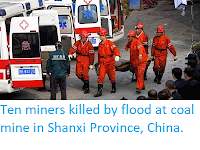