Splanchnotrophid Copepods are small parasitic Crustacean that live with their bodies almost entirely burried within the bodies of Gastropod hosts, with only the egg sacks and the tip of the abdomen visible from the exterior. Like many parastites their bodies have become much reduced, and do not obviously resemble those of other Copepods, or even other Crustaceans.The males do not resemble the females, often being smaller and simpler.

In a paper published in the journal ZooKeys on 30 November 2013, Daisuke Uyeno of the Faculty of Science at the University of the Ryukyus and Kazuya Nagasawa of the Graduate School of Biosphere Science at Hiroshima University descibe four new species of Splanchnotrophid Copepod from Japan.

The first new species described is placed within the genus Ceratosomicola, and given the specific name japonica meaning 'from Japan'. It was discovered living within the body cavities of the widespread Sea Slug Hypselodoris festiva, off Nohmi-jima Island in Hiroshima Bay. 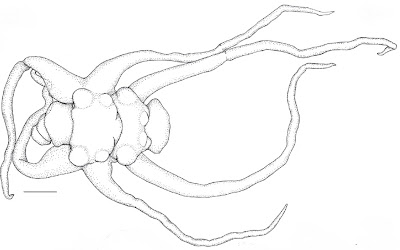 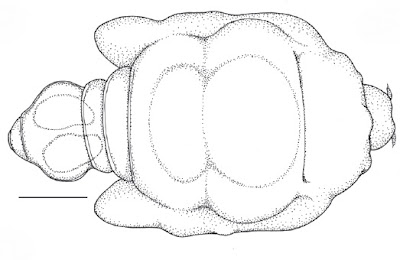 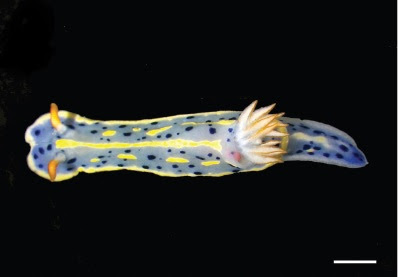 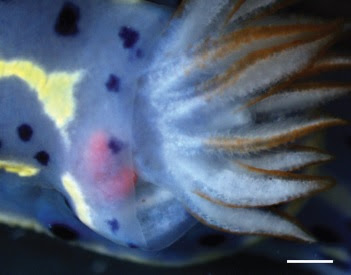 The second new species described is placed in the genus Splanchnotrophus and given the specific name helianthus, meaning 'sunflower', a reference to its colour. It was found living on the Sea Slug Trapania miltabrancha off Matoba Beach in Hiroshima Bay and off Yashiro Island, roughly 100 km to the south. 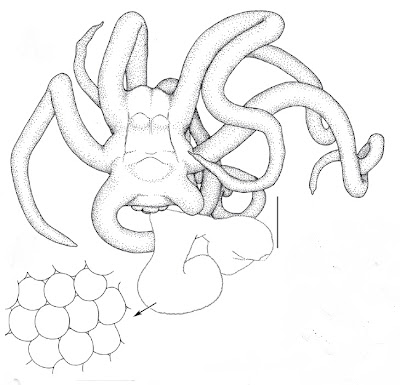 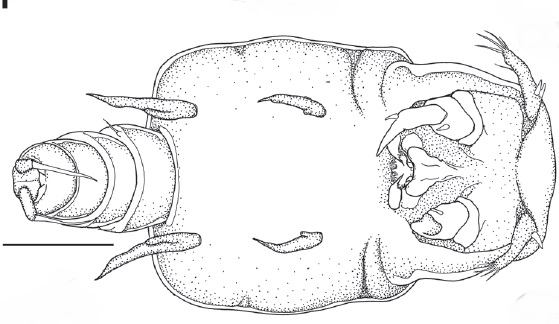 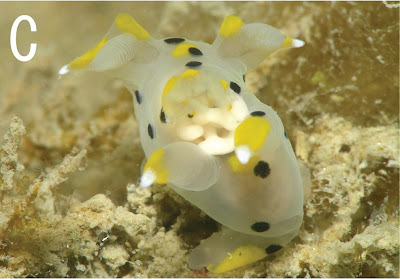 
The third new species described is also placed in the genus Splanchnotrophus, and given the specific name imagawai, after Kaoru Imagawa, a professional diver who obtained the Sea Slugs from which the specimens were recovered. It was found living on the Sea Slug Trapania miltabrancha off Red Beach on Okinawa Island. Only the female of the species was discovered. 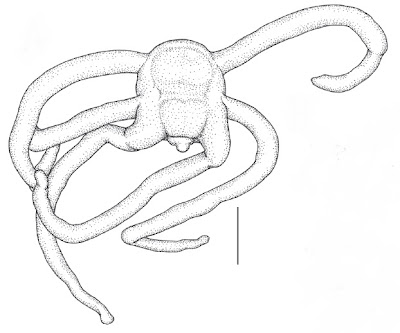 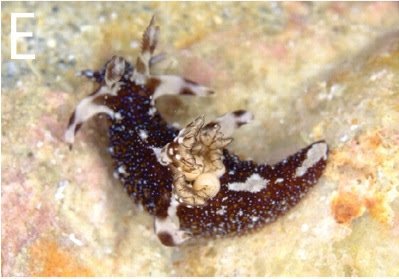 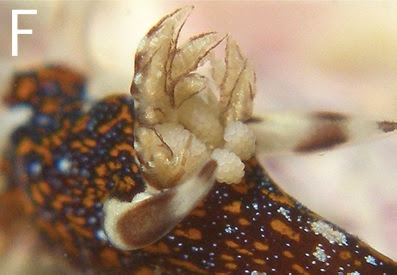 (Top) Specimen of Trapania miltabrancha infected with Splanchnotrophus imagawai. (Bottom) Detail of the gill ring of an infected specimen, showing the egg masses of the Copepod.
Uyeno and Nagasawa (2012).

The final new species is placed in a new genus, Majimun, which means 'demon' in Okinawa dialect, and given the specific name shirakawai, after Naoki Shirakawa, the diver who recovered the Sea Slugs in which the specimens were found living. The specimens were recovered from off Miyagi Beach on the East China Sea coast of Okinawa, living on the Sea Slug Roboastra lutiolineata. 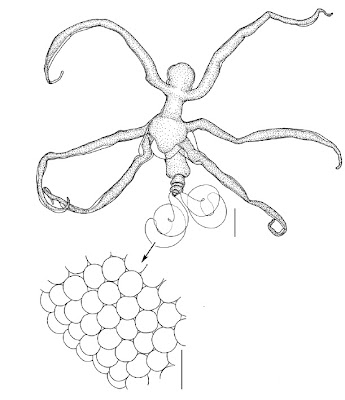 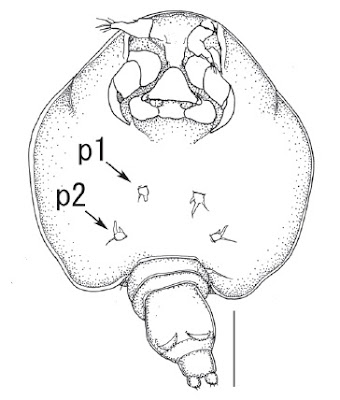 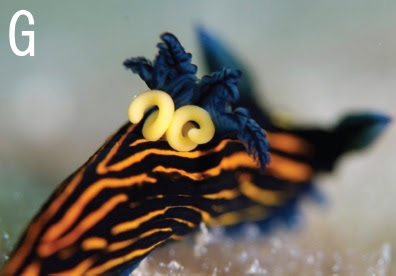 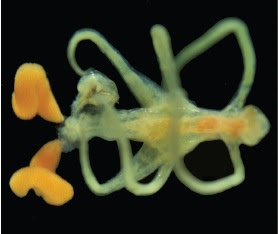