The American Meteor Society has received reports of a bright fireball meteor being seen over much of the northwest of North America at about 11.55 pm local time on Friday 2 September  2016 (about 6.55 am on Saturday 3 September GMT). The fireball was seen across Oregon, Washington and British Colombia, though the majority of sightings came from Oregon. A fireball is defined as a meteor (shooting star) brighter than the planet Venus. These are typically caused by pieces of rock burning up in the atmosphere, but can be the result of man-made space-junk burning up on re-entry. 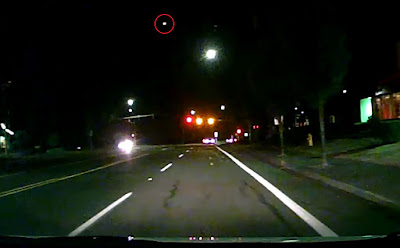 Objects of this size probably enter the Earth's atmosphere several times a year, though unless they do so over populated areas they are unlikely to be noticed. They are officially described as fireballs if they produce a light brighter than the planet Venus. It is possible that this object will have produced meteorites that reached the surface (an object visible in the sky is a meteor, a rock that falls from the sky and can be physically held and examined is a meteorite).

Witness reports can help astronomers to understand these events. If you witnessed this fireball you can report it to the American Meteor Society here.