Chinese expatriate killed in accident at Zambian mine.

A 54-year-old Chinese expatriate has died in an accident at the Jifumpa Mine in the Kasempa District in North-Western Province, Zambia, early on Tuesday 30 August 2016. Another three people were injured in the accident, in which part of the roof of a tunnel collapsed during construction work, and are being treated at the Mukinge Mission Hospital. Work at the mine has ceased while the Zambian Mines Safety Department carry out an assessment of safety at the Hong Kong-owned mine. 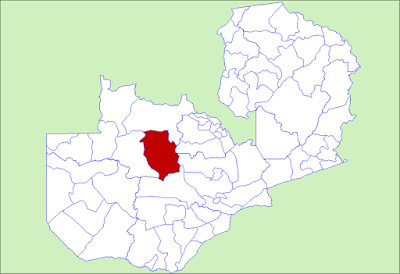 The location of Kasempa District in Zambia. Wikimedia Commons.

Zambia is noted for its extensive copper deposits, largely in Copperbelt Province to the east of Kasempa. Like other copper deposits those in Zambia frequently produce other metals; in the case of the deposits at Jifumpa significant quantities of cobalt are also present. A licence to mine for copper and cobalt at Jifumpa was acquired by the Hong Kong-owned Ruida Investments Limited in May 2015, however this is the second accident at the mine in three months, causing concern to local authorities. 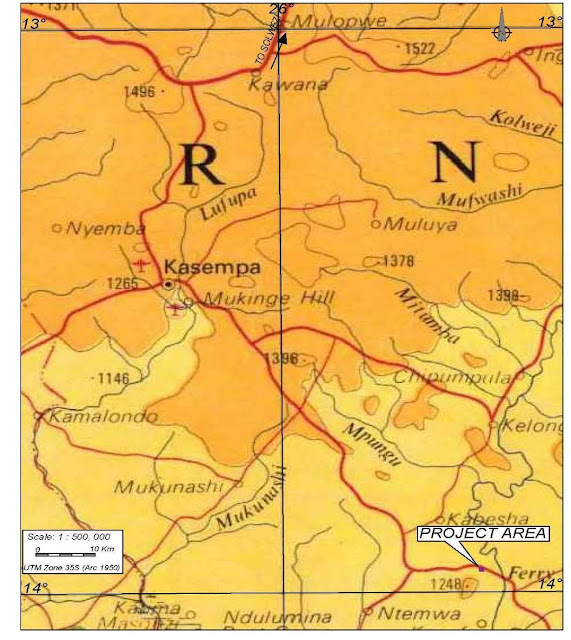 The location of the Jifumpa Mine (labled as 'Project Area) within Kasampa District. MVC Consulting Engineers (2015).

Tantalum mining in the twenty first century. Tantalum is a transition metal highly sort after for its ability to store and release electricity (in the form of electrons), ductability, tensile strength, resistance to corrosion and high melting point, which puts it in...

Seven killed in Zimbabwe mine accident. Seven workers have died and eleven more receive minor injuries following an accident at the Golden Valley Mine at Patchway in the Kadoma District of Zimbabwe at about 6.00 pm local time on Monday...
Follow Sciency Thoughts on Facebook.
Posted by Joe Bauwens at 21:29