Pirate Spiders, Mimetidae, are unusual in that they are specilists in hunting and consuming other Spiders. They typically hunt by approaching the web of  another Spider, then plucking at a strand of that web to simulate the struggling of a prey animal, attacking and consuming the webmaker when it comes to investigate. Mating in Pirate Spiders has not been observed, and is a subject of some curiosity, firstly because in most Spider species the male approaches the web of the females and secondly because many male Pirate Spiders have elaborate sexual organs, the purpose of which is unknown.

The first new species described is placed in the genus Mimetus, and given the specific name lamellaris, meaning 'flakey' in reference to the flakey covering of the tip of the cymbial process (part of the male reproductive organ). The species is described from a single male specimen collected in the Mayanhe National Nature Reserve in Yanhe County in Guizhou Province. This specimen is slightly over 3 mm in length, and yellow in colour with red and brown markings. 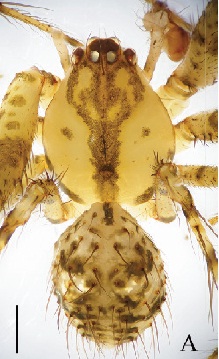 The second new species described is also placed in the genus Mimetus, and is given the specific name wangi, in honour of the Spider taxonomist Jiafu Wang. This species is described from one male and five female specimens collected in the Gaoligong Mountains of Yunnan Province. The male was 3.34 mm in length, the females 3.65 mm, all were yellowish brown in colour with yellow and brown markings. 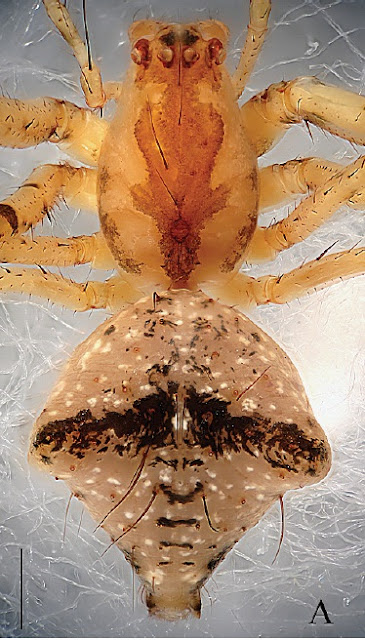 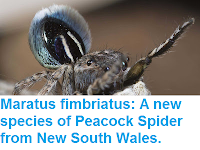 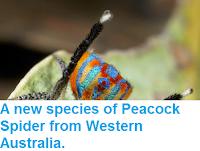