Iphiculid Crabs are today found only in the Indian Ocean and western Pacific, and with a fossil record from Borneo. However they are closely related to the Leucosid Crabs (Pebble or Nut Crabs), which are found across the Old World from the west coasts of Europe and Africa to the shores of Australia, and the Folguerolsid Crabs, which are known only from the Miocene of Spain.

The new species is placed in the extant genus Iphiculus and given the specific name eliasi, in honour of Eliáš Hyžný, the son of Matúš Hyžný. It is described from three specimens, one almost intact carapace and two partial ones, the intact specimen measuring 15.7 mm in length and 19.0 mm in width, and all covered in tubercles. 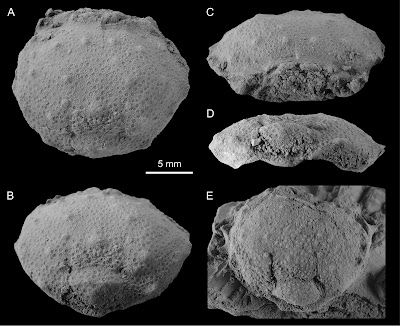 The discovery of Iphiculus eliasi from Miocene deposits in Austria combined with a possible Iphiculid Crab from the Miocene of Catalonia and the presence of the related Leucosid and Folguerolsid Crabs in the Miocene of Europe suggests that the Iphiculids, now found predominantly in Southeast Asia and Indonesia, may have originated in what is now the Mediterranean Basin and spread eastwards along the Tethys Seaway, vanishing from the western part of its range as that seaway closed (prior to the opening of the Mediterranean), then subsequently spread back around the shores of Asia to attain their current distribution. 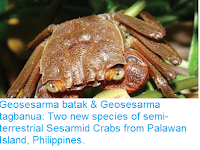 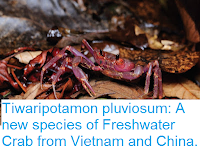 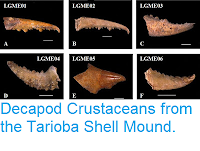 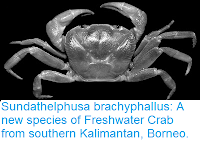