Landslide kills man in Camarines Sur Province on Luzin Island in the Philippines.

A man has died after the house he was in was crushed by a landslide in the village of Sibaguan in Camarines Sur Province on Luzon Island in the Philippines on Thursday 2 November 2017. The incident happened slightly before 1.00 pm local time, following several hours of heavy rain. Landslides are a common problem after severe weather events, as excess pore water pressure can overcome cohesion in soil and sediments, allowing them to flow like liquids. Approximately 90% of all landslides are caused by heavy rainfall. The man has been identified as Ryan Lasmariñas, 32. A second man who was in the house escaped unharmed. 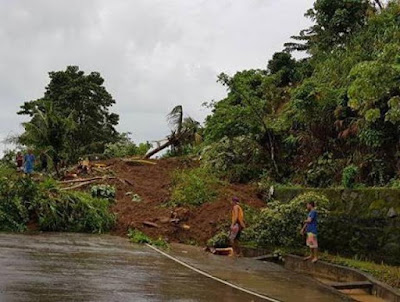 The scene of a landslide that killed a man in Camarines Sur Province, the Philippines, on 2 November 2017. GMA News.

The rains which triggered the landslide are associated with Tropical Depression Ramil, a storm system which has passed over the Philippines this week, bringing heavy rains to Luzon and neighbouring islands. 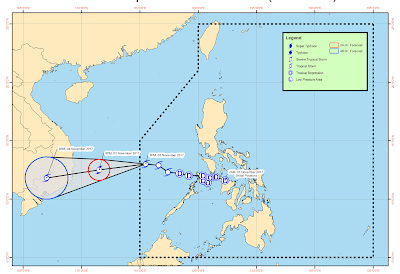 The passage of Tropical Depression Ramil till 8.00 pm local time on 2 November 2017, grey area to the left is the projected future track of the storm. Philippine Atmospheric Geophysical and Astronomical Services Administration.

A Tropical Depression is a Tropical Storm not powerful enough to be formally named (though they are often given names locally). Tropical storms are caused by solar energy heating the air above the oceans, which causes the air to rise leading to an inrush of air. If this happens over a large enough area the in rushing air will start to circulate, as the rotation of the Earth causes the winds closer to the equator to move eastwards compared to those further away (the Coriolis Effect). This leads to tropical storms rotating clockwise in the southern hemisphere and anticlockwise in the northern hemisphere.These storms tend to grow in strength as they move across the ocean and lose it as they pass over land (this is not completely true: many tropical storms peter out without reaching land due to wider atmospheric patterns), since the land tends to absorb solar energy while the sea reflects it.

The low pressure above tropical storms causes water to rise there by ~1 cm for every millibar drop in pressure, leading to a storm surge that can overwhelm low-lying coastal areas, while at the same time the heat leads to high levels of evaporation from the sea - and subsequently high levels of rainfall. This can cause additional flooding on land, as well as landslides, which are are a common problem during these storms. 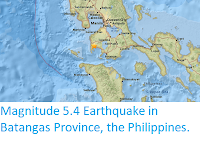 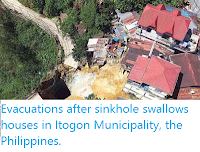 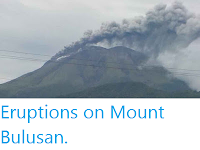