Swedish tourist killed by avalanche in Jammu and Kashmir, India.

A Swedish tourist has died after being caught in an avalanche on Mount Apharwat near Gulmarg in the Baramulla District of Jammu and Kashmir, India, on Thursday 18 January 2018. The skier is understood to have been one of two Swedish men caught in the event, the other of whom was rescued alive.

The approximate location of the Mount Apharwat avalanche. Google Maps.

Avalanches are caused by the mechanical failure of snowpacks; essentially when the weight of the snow above a certain point exceeds the carrying capacity of the snow at that point to support its weight. This can happen for two reasons, because more snow falls upslope, causing the weight to rise, or because snow begins to melt downslope, causing the carrying capacity to fall. Avalanches may also be triggered by other events, such as Earthquakes or rockfalls. Contrary to what is often seen in films and on television, avalanches are not usually triggered by loud noises. 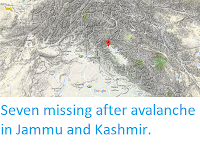 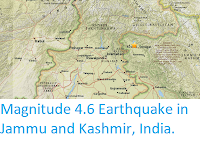 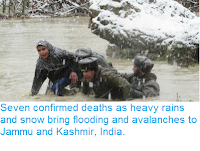 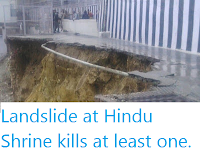 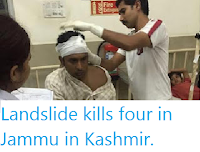 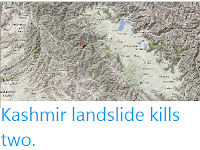