The Tiger Moths (Arctiidae) are a large and diverse group of Moths found throughout the world. The taxonomy of the group is not well agreed on, with several different schemes currently being contended by different groups of scientists, and ongoing study into the group.


In a paper published in the journal ZooKeys on 25 June 2012, a team of scientists led by Aidas Saldaitis of the Nature Research Centre in Vilnius examine specimens of a single genus of Tiger Moths from east Asia, Eospilarctia, held in the Zoologische Staatssammlung der Bayerischen Staaten and the Museum of Thomas Witt, and describe two new species and a new subspecies.

The first new species described is Eospilarctia maciai, named after the Spanish Lepidopterist Ramon Macià Vilà, named from a single male specimen found in the Fengshuiuiny Mountains of Yunnan Province in China, in May 1999; the specimen was attracted to a light at an altitude of 2500 m. 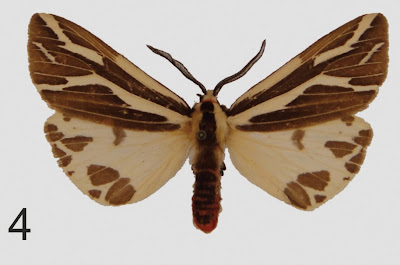 The only known specimen of Eospilarctia maciai, Macià's Hawk Moth. No scale bar is provided, but the forewing is 26 mm in length and the total wingspan is 50 mm. Saldaitis et al. (2012).

The second new species is Eospilarctia naumanni, named after Stefan Naumann, a German Lepidopterist. This species os described from two specimens, a male and a female, both collected from the forests of Kachin State in northern Myanmar (Burma) in May 2006, by an expedition led by Stefan Naumann. 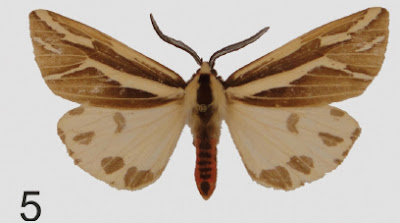 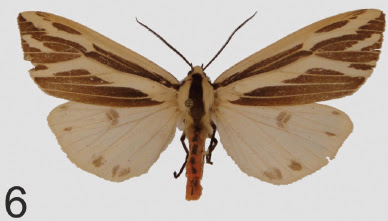 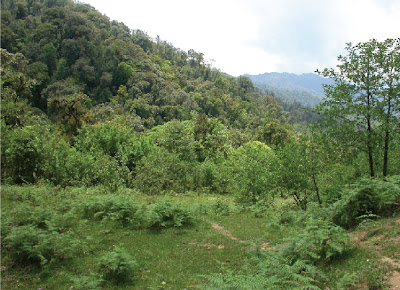 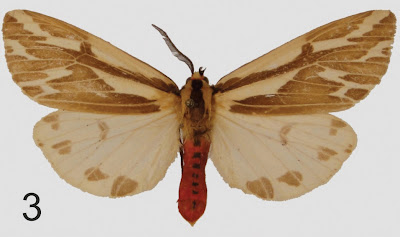 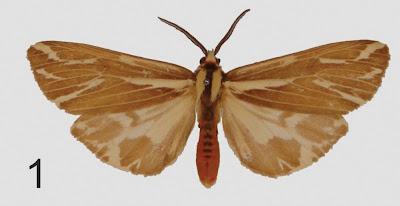