Four new species of Katydid from Singapore and Malaysia.

Katydids (or Bush Crickets) are members of the Cricket and Grasshopper Order, Orthoptera, noted for their exceptionally long antennae and the way in which they produce their 'song' by rubbing stridulatory files on their wings together, something which fossil Katydid's from the Jurassic were already doing this. Katydids are found throughout the world, though they are most abundant in the tropics and North America.

In a paper published in The Raffles Bulletin of Zoology on 29 February 2012, Sigfrid Ingrisch of the Alexander Koenig Zoological Research Museum and Ming Kai Tan of the Department of Biological Sciences at the National University of Singapore describe four new species of Katydid from Singapore and Malaysia, based upon previously undescribed specimens from museums and recently collected material.

The first new species described is placed in the previously described genus Nahlaksia, and given the specific name bidadari, named after the exhumed Bidadari cemetery, a multi-faith burial ground in use from 1901 till 1973, which was redeveloped in 2001-6. The species is described on the basis of specimens collected at the Mandai Reservoir in 1967, as well as more recent material from both Singapore and Malaysia.

Nahlaksia bidadari is an 18-22 mm ochre or brown Katydid, sometimes with green spots. The males are slightly larger than the females. The recent specimens were collected living on dead branches of felled trees and climbers. 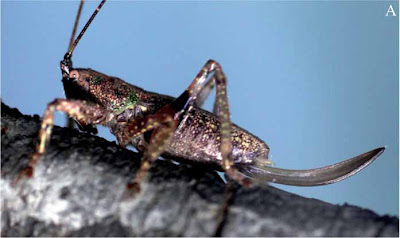 The second new species described is placed in the genus Oxylakis, and given the specific name singaporensis, meaning 'coming from Singapore'. The description is based upon two specimens, a 15 mm male collected at the Tenga airbase in 1958 and a 22 mm female collected at an unspecified location in Singapore in 1901. The male has an exceptionally dense stridulatory file, suggesting that it's call would be quite distinctive.

The remaining two species are both placed in the genus Jambiliara. The first of these species is named Jambiliara selita, Selita being the locality in Singapore where the earliest of the specimens used in describing the species was found, in 1871. The species is described from this as well as a specimen collected in 1901, and more recent specimens from Singapore, as well as an undated specimen from a collection made in Malaysia. Jambiliara selita is a brown and black Insect, similar to other species in the same genus, but with a distinctive stridulatory file. 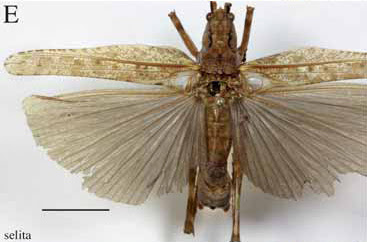 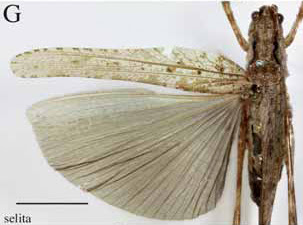 The second species of Jambiliara described is Jambiliara angula, described from a single male specimen that landed on a jungle path in front of a collector in Malaysia in 1956. It is a 27 mm brown and yellow Katydid. 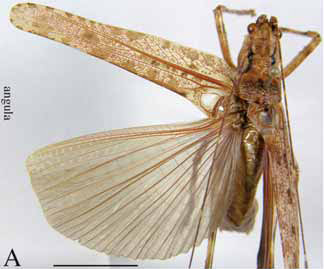 See also New species of Bush Cricket from the Eastern Carpathian Mountains, An early Cricket from southeast India and What Jurassic Katydids did.