A new species of Gastrotrich from KwaZulu-Natal.

Gastrotrichs are microscopic animals of uncertain affinities, reaching at most 3 mm in size, though most species are far smaller. Less than eight hundred species have been described, living between sediment particles on the ocean floor, at the bottom of ponds and rivers and in biofilms covering grains of soil. They have flattened bodies covered in cilia, with a through gut but no respiratory or circulatory system. All gastrotrichs are hermaphrodites, and are eutelic; they have a fixed number of cells.

The new species is placed in the genus Kijanebalola and given the specific name devestiva, meaning undressed, an allusion to the lack of ornamentation of the species. Kijanebalola devestiva is described from thirteen specimens collected from ponds near Charter’s Creek on the Western Shores of Lake St Lucia. The largest of these specimens reach 310 μm in length. Kijanebalola devestiva is barrel-shaped, with a slight differentiation of the head and body. It has five spines at its terminal end, and two club-like tentacles on its head. The specimens were found living among vegetation above a silty substrate. 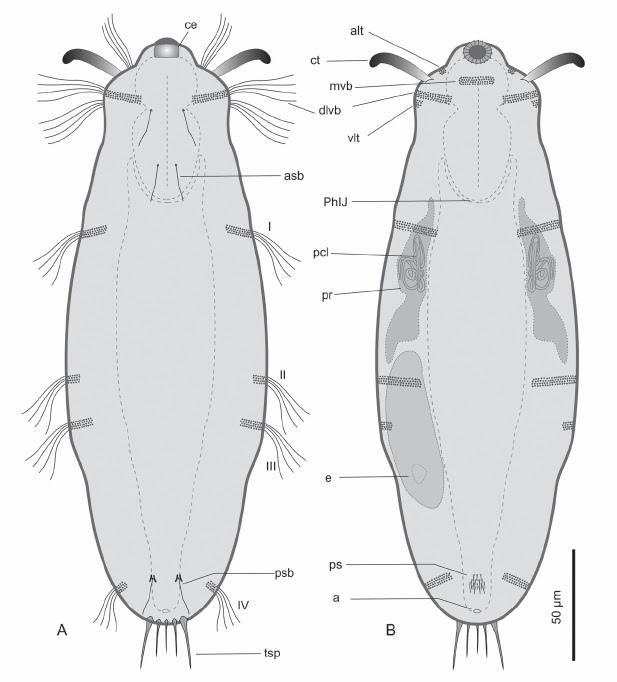 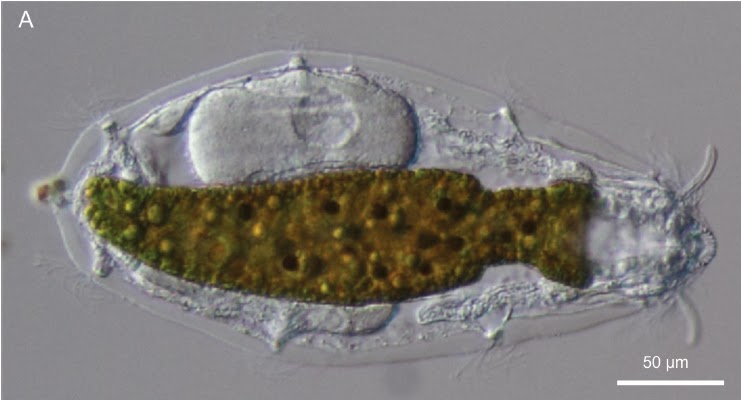 Light microscope images of Kijanebalola devestiva. Middle specimen is gravid, with a large egg towards its left (top) side. Bottom specimen is a subadult, with a developing egg in the same position (arrow). Todaro et al. (2013).