Three new species of Dragon Lizard from the western arid zone of Australia.

Dragon Lizards of the genus Diporiphora are perching Agamid Lizards found across much of Australia. They tend to live in low shrubby trees, Spinifex and cane grasses where they give birth to live young.

The first new species is named Diporiphora vescus (vescus = weak, poor, thin, or little), or the Northern Pilbara Tree Dragon. The species is named on the basis of five male specimens, all collected from the Pilbara region of Western Australia (the females are apparently known but were not used in the formal description for some reason). They are robust medium sized Lizards (but smaller than the previously described Diporiphora valens which lives in the same area) 192-236.5 mm in length, with tails substantially longer than the rest of the body. They are brown or yellowish brown in colour, and live on sandy or clayey soils and coastal sand-dunes. 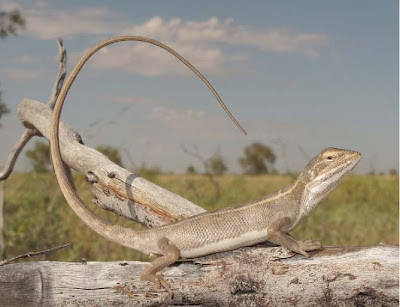 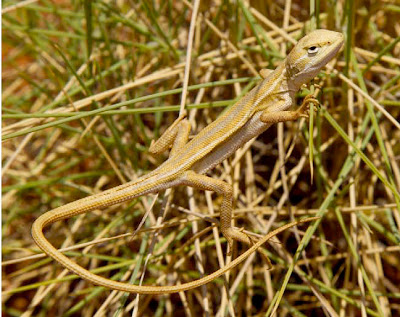 The second new species described is named Diporiphora adductus (adductus = elongated), or the Carnarvon Dragon. The species is described using five specimens (two male, three female) all from the Carnarvon Basin in western Australia. These are slender, elongated Lizards, 200.5-230.5 mm in length.  The Lizards are light brown with silver stripes, and a white underside with darker stripes. They were found living on Spinifex and Acacia on sandy or loamy soils. 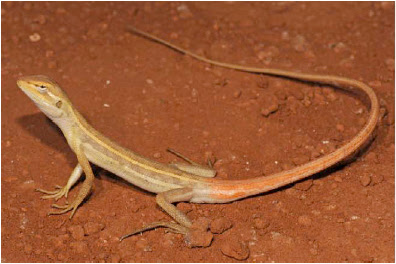 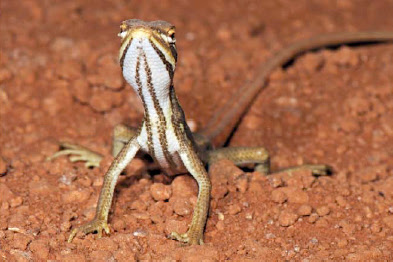 The final new species described is named Diporiphora paraconvergens (paraconvergens = beside convergens; the species is similar to Diporiphora convergens) or the Grey-striped Western Desert Dragon. The species is described from seven individuals (one female and six males) 149.5-228.5 mm in length. Again these are slender, elongate Lizards with tails substantially longer than the bodies. The Lizards are light red to pink with greyish stripes, the underside white with grey-brown stripes. Found in the Great Sandy Desert in Western Australia, in north-western South Australia, and probably the south-western arid portion of the Northern Territory. Found on a variety of foliage on sandy dunes. 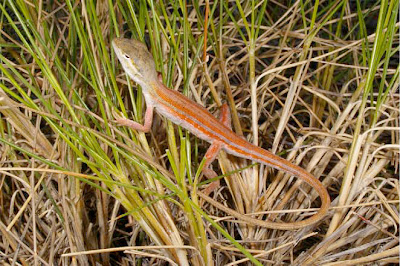 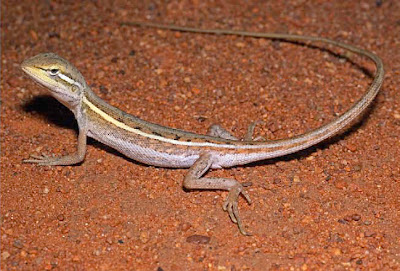 See also Genetic Diversity in Atlas Dwarf Lizards, A giant Monitor Lizard from the Miocene of Samos, Greece, Velvet Geckos and Broad-headed Snakes; understanding the population structure of a favored prey item in order to help protect an endangered predator, News species of Girdled Lizard from the Democratic Republic of Congo and Reptiles on Sciency Thoughts YouTube.