Willard Bay is a freshwater reservior seperated off from Great Salt Lake in 1964. It suplies freshwater to much of northern Utah, an is a popular recreational facility, with camping, boating and fishing facilities. On Monday 18 March 2013 the northern part of the park was closed following a leak from a deisel pipeline connecting Salt Lake City to Burley, Idaho, which was detected when opperators Chevron detected a fall in pressue in the pipe. 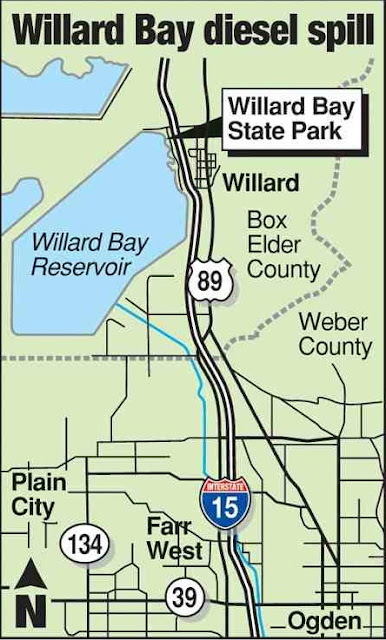 Deisel is believed to have been prevented from entering the reservoir itslef by a series of beaver dams, though scientists from the Utah Division of Water Quality are monitoring the situation closely. Sadly the Beaver dams are likely to be demolished as part of the cleanup operation. Two oiled beavers have been brought into local rescue centers since Monday, it is unclear how the rest of the local population has been affected.

Workers from Chevron began excavating the area around the pipeline on Tuesday, vacuuming spilt fuel from the ditch in the process. The United States Environmental Protection Agency also have a team on the ground, and have expressed concerns about the possibility of contamination enetering the reservoir or affecting migratory birds, including Snow Geese, Tundra Swans and Pelicans, which are expected to start ariving at the site within the next two weeks. 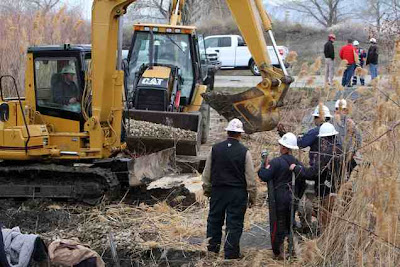 The pipeline is believed to have leaked at least 83 000 liters of diesel, and it is not clear that the leak has been halted. The area near the pipeline has been isolated from the reservoir by a series of absorbant booms.Chevron have been ordered not to reopen the pipeline without permission from U.S. Transportation Department’s Pipeline and Hazardous Materials Safety Administration.

This is the third serious spill from a pipeline in Utah in three years; it follows on from two spills near Red Butte Garden in 2010. Utah is crossed by a network of aging pipelines (this weeks leak comes from a pipeline laid in 1950), and environmental groups such as Friends of the Great Salt Lake have raised questions as to whether this is a sustainable situation.