The United States Geological Society reported a Magnitude 3.3 Earthquake at a depth of 10 km in the Shire of Cardinia in Victoria State, Australia, at about 6.05 am local time on Thursday 4 December 2014 (about 7.05 pm on Wednesday 3 December GMT). A quake of this size is highly unlikely to have caused any damage or injuries, but is large for the area, and people reported feeling it as far away as Melbourne, about 50 km to the northwest. 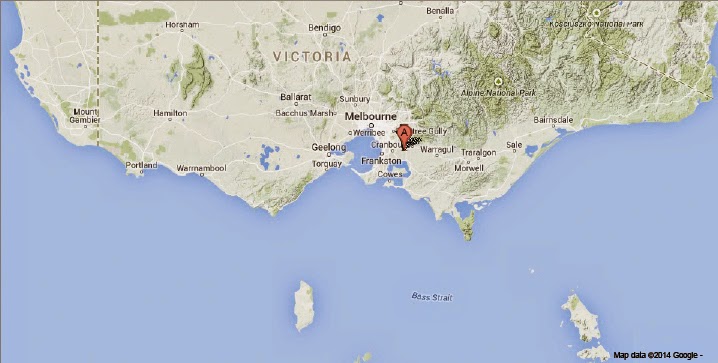 The approximate location of the 4 December 2014 Shire of Cardinia Earthquake. Google Maps.

Victoria is located far from any active tectonic boundary and is not an obvious place to expect earthquakes. The convergent boundary between the Pacific and Australian Plates is at its closest in South Island, New Zealand. The boundary with the Antarctic Plate far to the south is a divergent margin, which is slowly pushing Australia to the north, which accounts for some tectonic stress in the region.

More relevantly, the geology of the east of Victoria is dominated by ancient fold mountains, formed by pressure on the rocks during the assembly of the ancient supercontinent of Pangea during the Palaeozoic. This caused the flat layers of rock in the Earth's crust too fold up to form mountains, in much the same way as a piece of paper pushed from both ends. These mountains have largely eroded away today, but the layers of rock beneath eastern Victoria are still folded, stacked up against one-another rather than laid flat on top of one-another. This is a less stable arrangement, so tectonic pressures can lead to larger quakes here than might otherwise be expected.
See also... 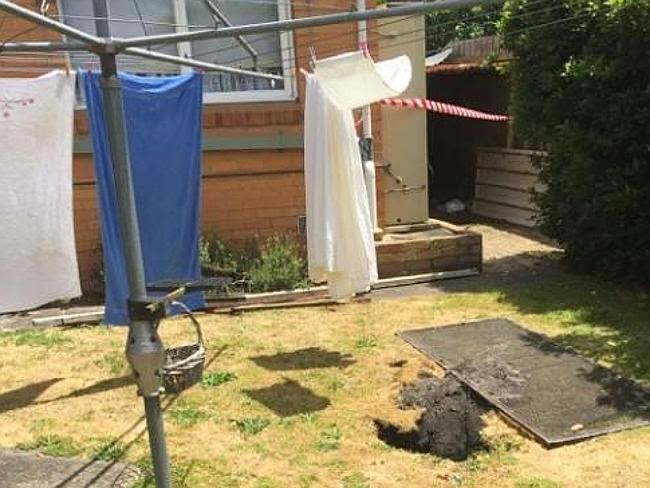 Melbourne woman swallowd by 3 m sinkhole.
A woman had to be rescued by firefighters after being swallowed by a sinkhole while hanging out washing in her garden on Tuesday 25 November 2014. Christina Beaumont fell into the hole at about 11.30 am local time in the Springvale South area of the city, and had to...

Melbourne shaken by Earthquake.
A few minutes before 9 pm local time on Tuesday 19 June 2012 (slightly before 11 am GMT) the Australian state of Victoria was shaken by an Earthquake centered roughly 120 km east of the state capitol, Melbourne, and measured by Geoscience Australia as measuring 5.3 on the Richter Scale and occurring at a depth of 10 km. There are no reports of any serious damage or casualties, but a number of buildings are reported to have suffered minor damage, and there are concerns...