Two new species and one new subspecies of Giant Stick Insects from Vietnam, including the second longest living Insect discovered to date.

Giant Stick Insects, Pharnaciini, are large members of the Stick Insect family, Phasmatidae, found across South and Southeast Asia and South America. They include the longest known Insects in the world, making them of obvious interest to entomologists and collectors, but are still relatively unknown, with new species, even very large species, being found on a regular basis, largely due to their cryptic habits; they tend to live in deep forests, and resemble sticks.

In a paper published in the European Journal of Taxonomy on 27 November 2014, Joachim Bresseel and Jérôme Constant of the Royal Belgian Institute ofNatural Sciences describe two new species and one new subspecies of Giant Stick Insects from Vietnam, as part of a review of the Pharnaciini within that country.

The first new species described is placed in the genus Phryganistria, which has previously been recorded from northeast India, Bhutan, Bangladesh, Myanmar, south China, Laos and Vietnam, and given the specific name tamdaoensis, meaning ‘from Tam Dao’, in reference to the Tam Dao National Park, where the species was first discovered; it was also found in the Tay Yen Tu Nature Reserve in Bac Giang Province and Da Krong Nature Reserve in Quang Tri Province. The species is described from 48 adult specimens, 25 males and 23 females, and 50 eggs. 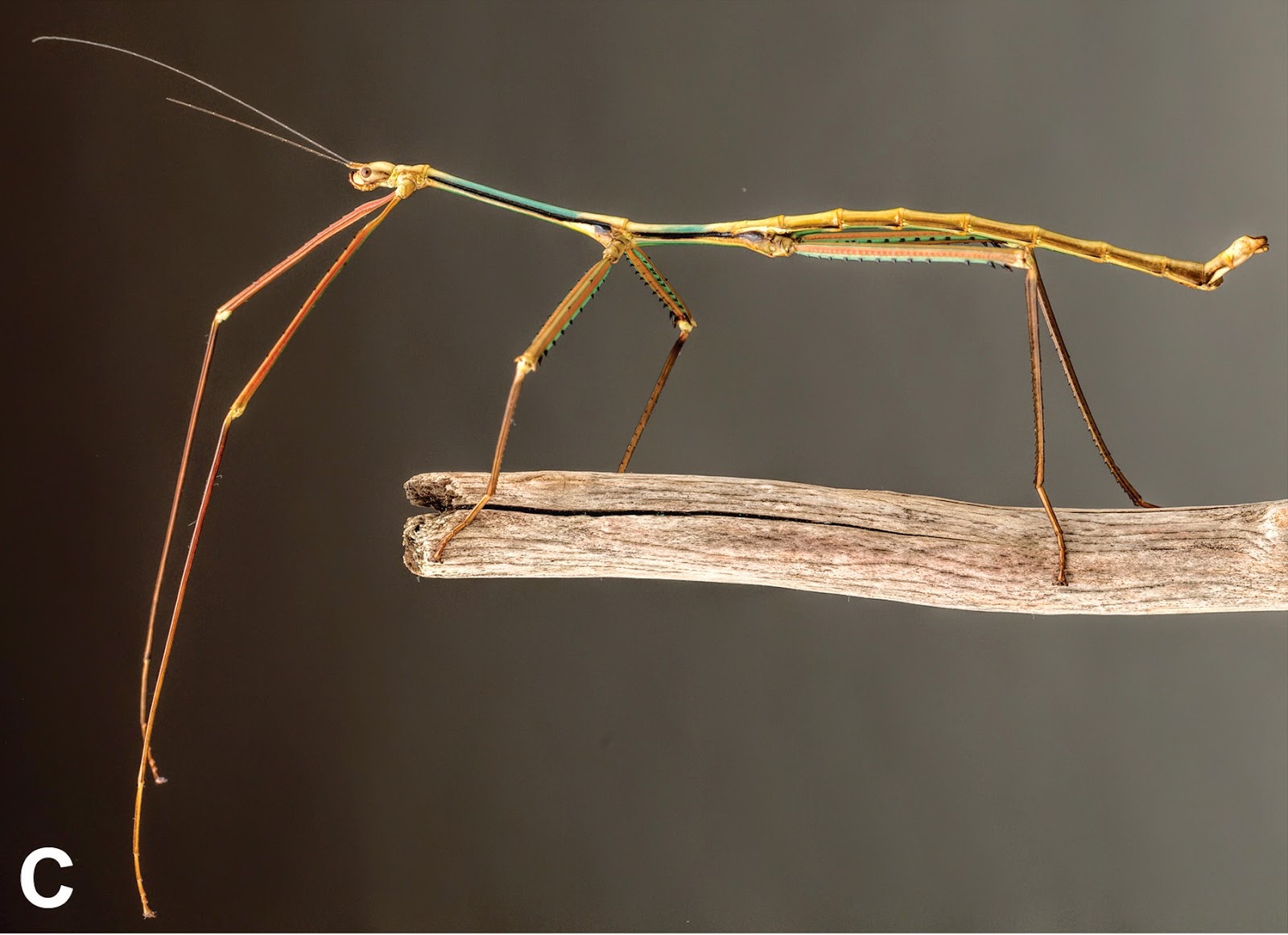 Adult males of this species ranged from 165.5 mm to 202.8 mm in length reached 9.3 mm in width. They have a smooth, glossy surface, predominantly golden brown, with a black are on the body surrounding the middle pair of legs and distinct blue fields on the inner surface of the limbs. Adult females examined ranged from 203.9 mm to 228.7 mm in length, and were light brown or light green in colour, with distinct mottling and some pink markings.

The eggs of Phryganistria tamdaoensis are about 6 mm in length and dark brown in colour. They are oval, but laterally compressed (slightly flattened) with a distinct keel, and attached to a surface by a concave capitulum with a distinct stalk. 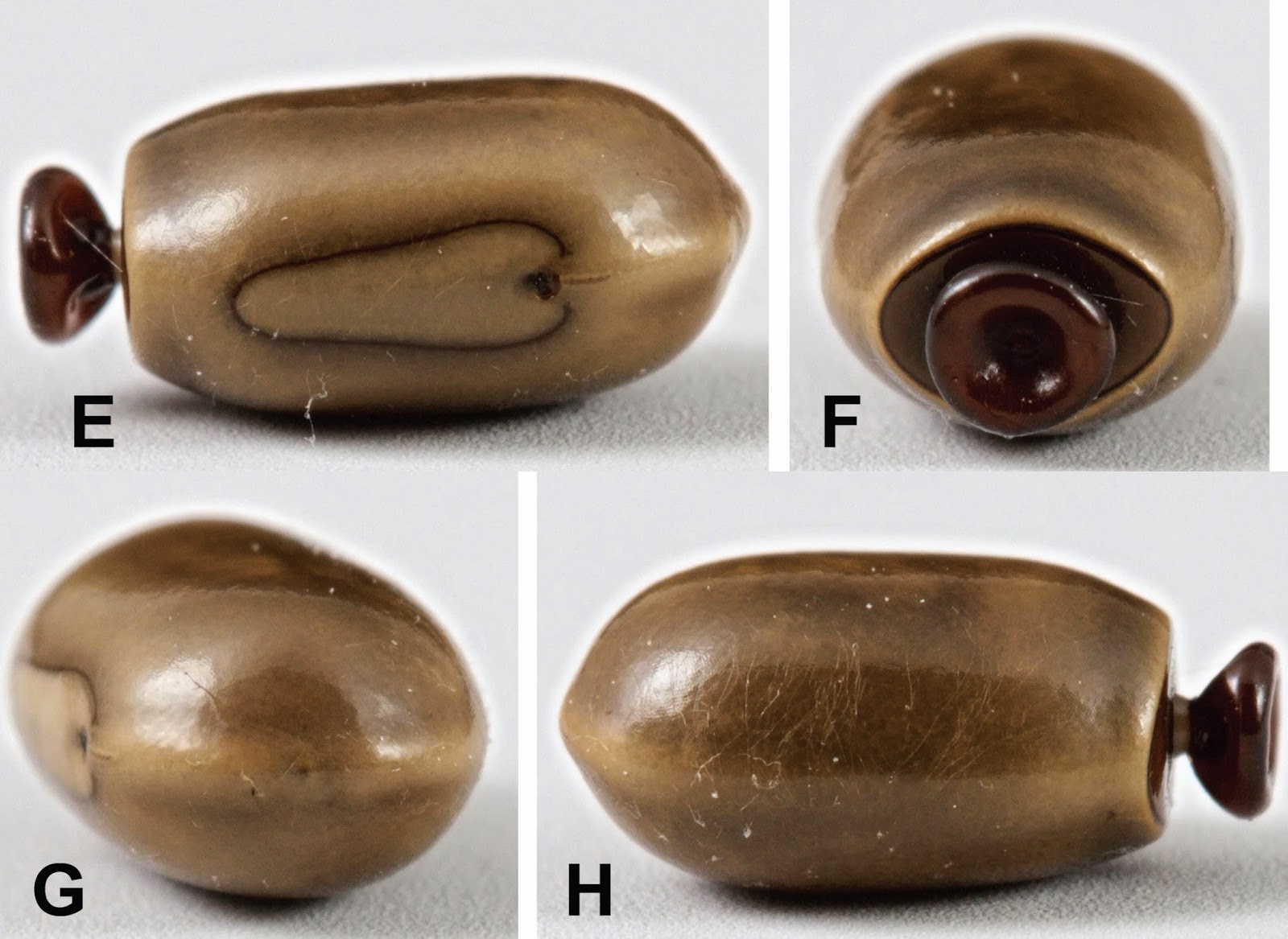 Newly hatched nymphs are 20-25 mm in length and green in colour with brown antennae and reddish markings on its limbs, but essentially resemble the adults. 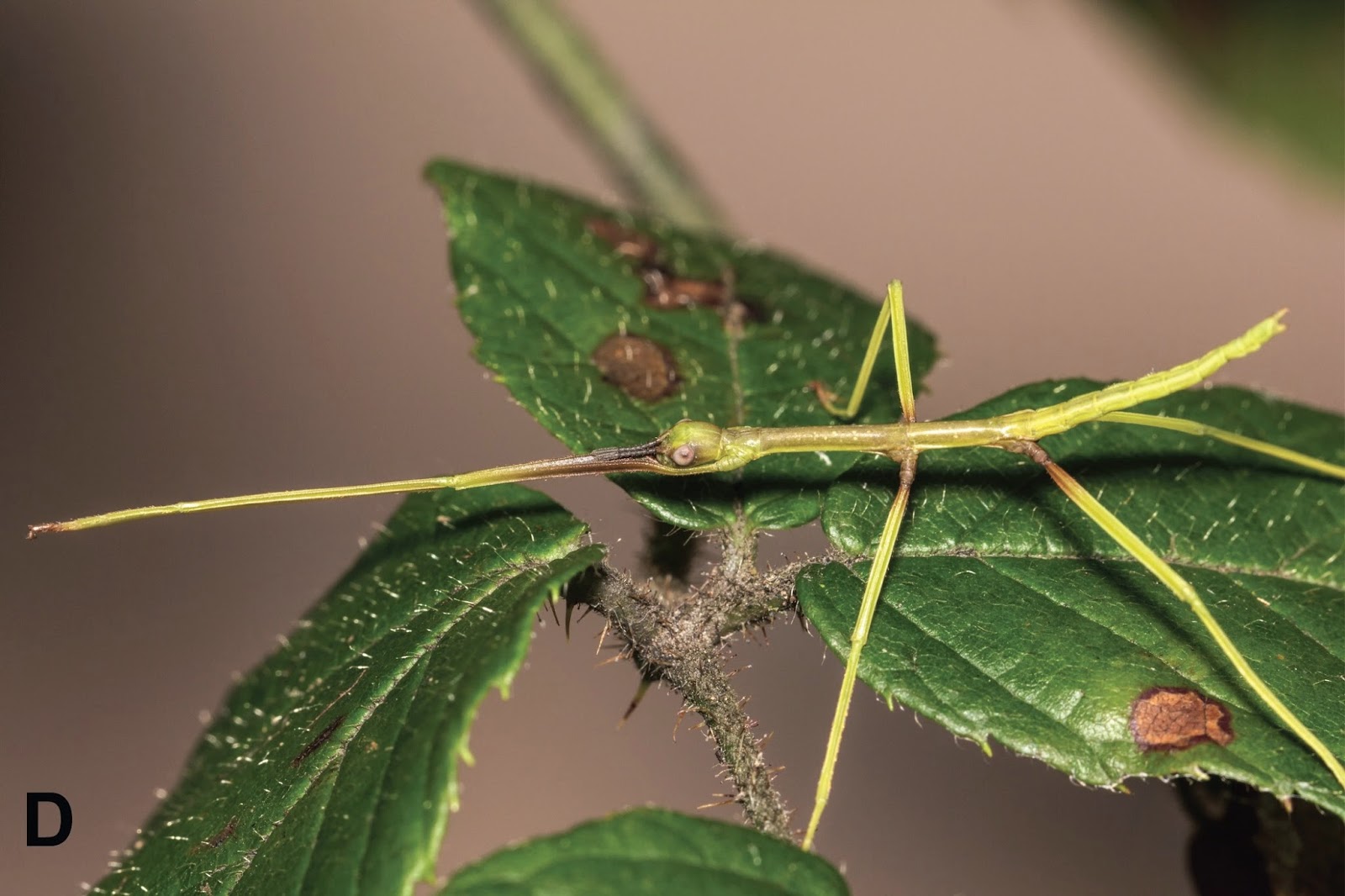 Finally Bresseel & Constantnote that specimens of Phryganistria tamdaoensisfrom the Da Krong Nature Reserve differ from those from the Tam Dao National Park and the Tay Yen Tu Nature Reserve, from which they are removed by several hundred kilometres, in several anatomical features as well as in the absence of the black area on the bodies of the male and in the eggs being smaller and more strongly compressed, and suggest  that this population might represent a separate subspecies.

The second new species described is placed in the genus Phobaeticus, which has previously been recorded from India, Sri Lanka, Bangladesh, Myanmar, Laos, Thailand, Peninsular Malaysia, Singapore, Sumatra, Bangka Island, Borneo, Palawan and the Philippines, and given the specific name trui, in honour of the Vietnamese entomologist Vu Tru Hoang of the Institute of Ecology & Biological Resources at the Vietnamese Academy of Sciences. This species is described from ten specimens, four adult males, two adult females and female nymphs from Bach Ma National Park in Thuathen-Hue Province and one adult male from the Da Krong Nature Reserve in Quang Tri Province. 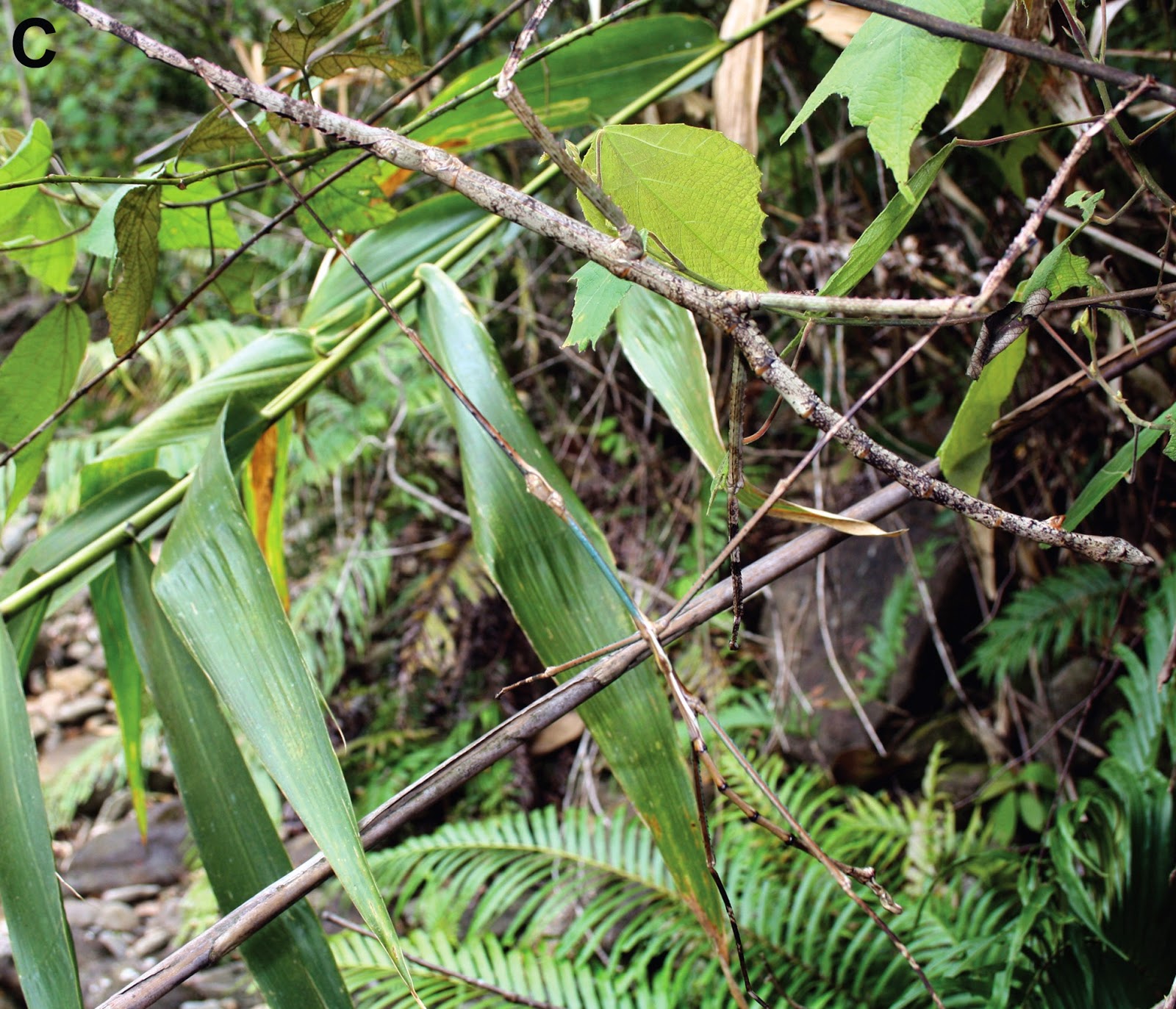 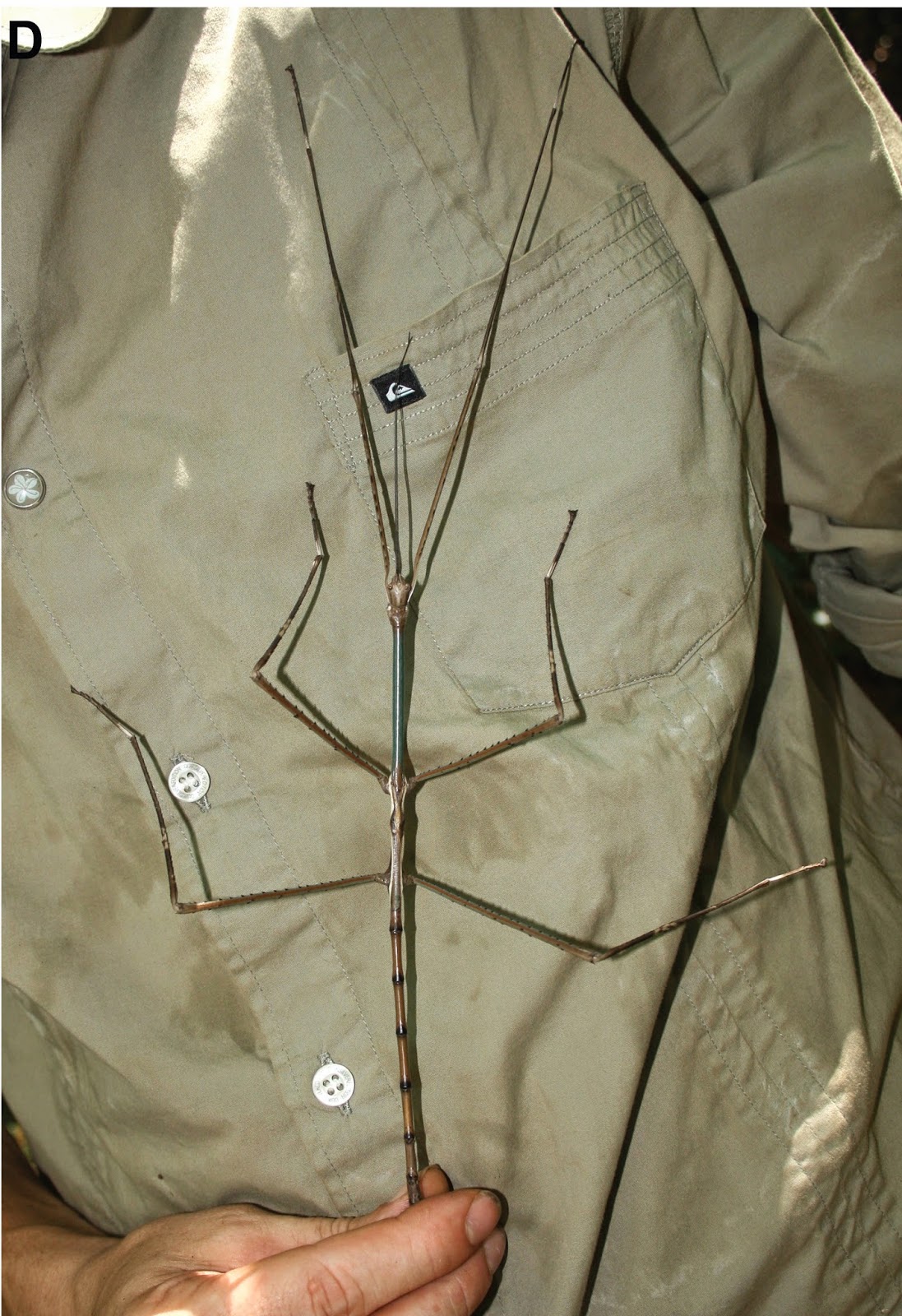 In addition Bresseel & Constant describe a new subspecies of the previously described Phryganistria heusii. This species has previously been known from a population in Cuc Phuong National Park, with Bresseel& Constant also recording its presence in Tam Dao National Park; these populations being assigned to the subspecies Phryganistria heusii heusii. 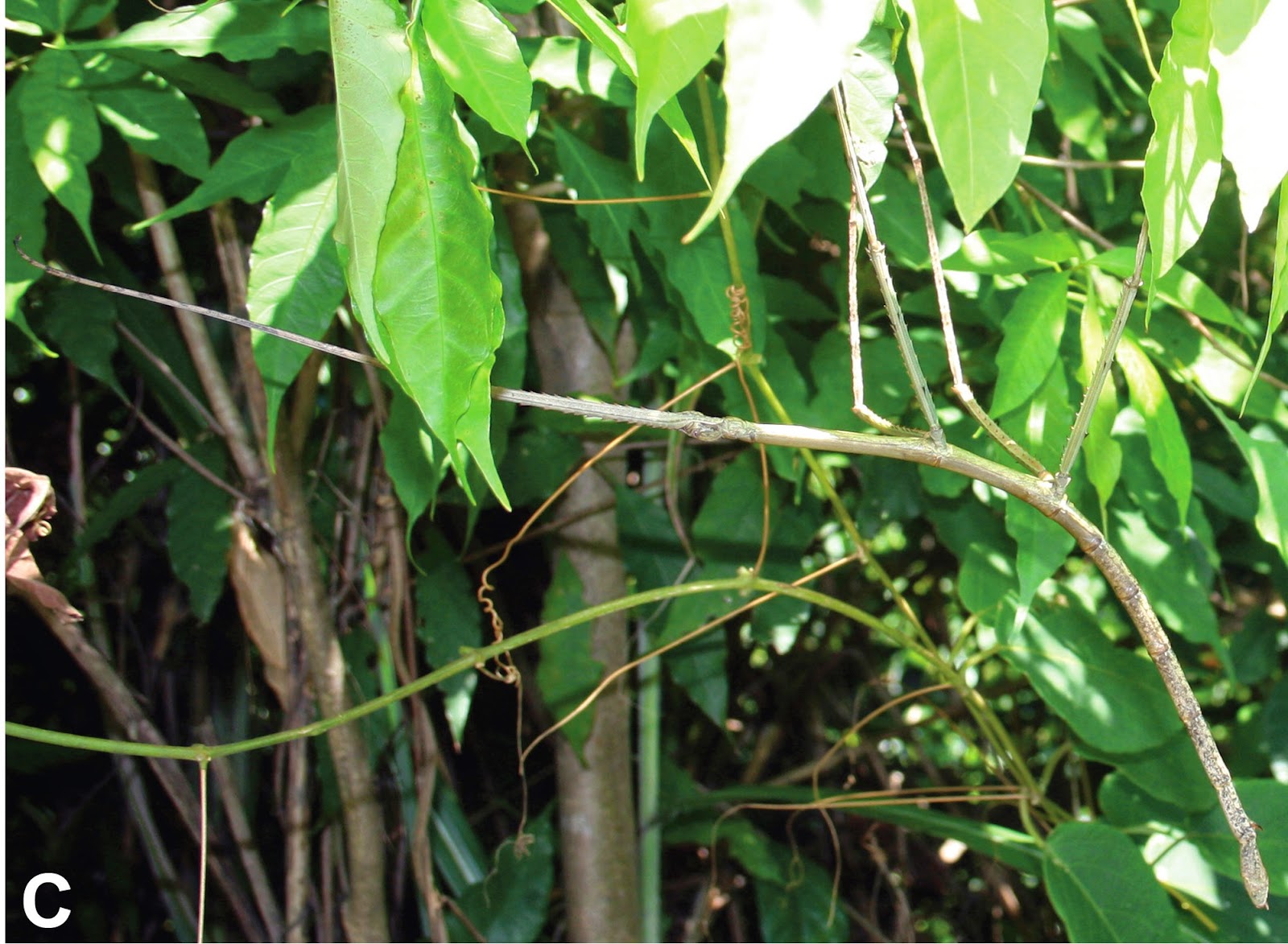 The new subspecies is named Phryganistria heusii yentuensis, meaning ‘from Yen Tu’, in reference to the Tay Yen Tu Nature Reserve in Bac Giang Province, where it was discovered. This is an exceptionally large Stick Insect, with males reaching 177.0-245.0 mm in length, and females 221.0-337.4 mm, making this the second longest living Insect known. Males are light brown or ornange-brown, with black and blue markings. Females are green or brown with pinkish markings. 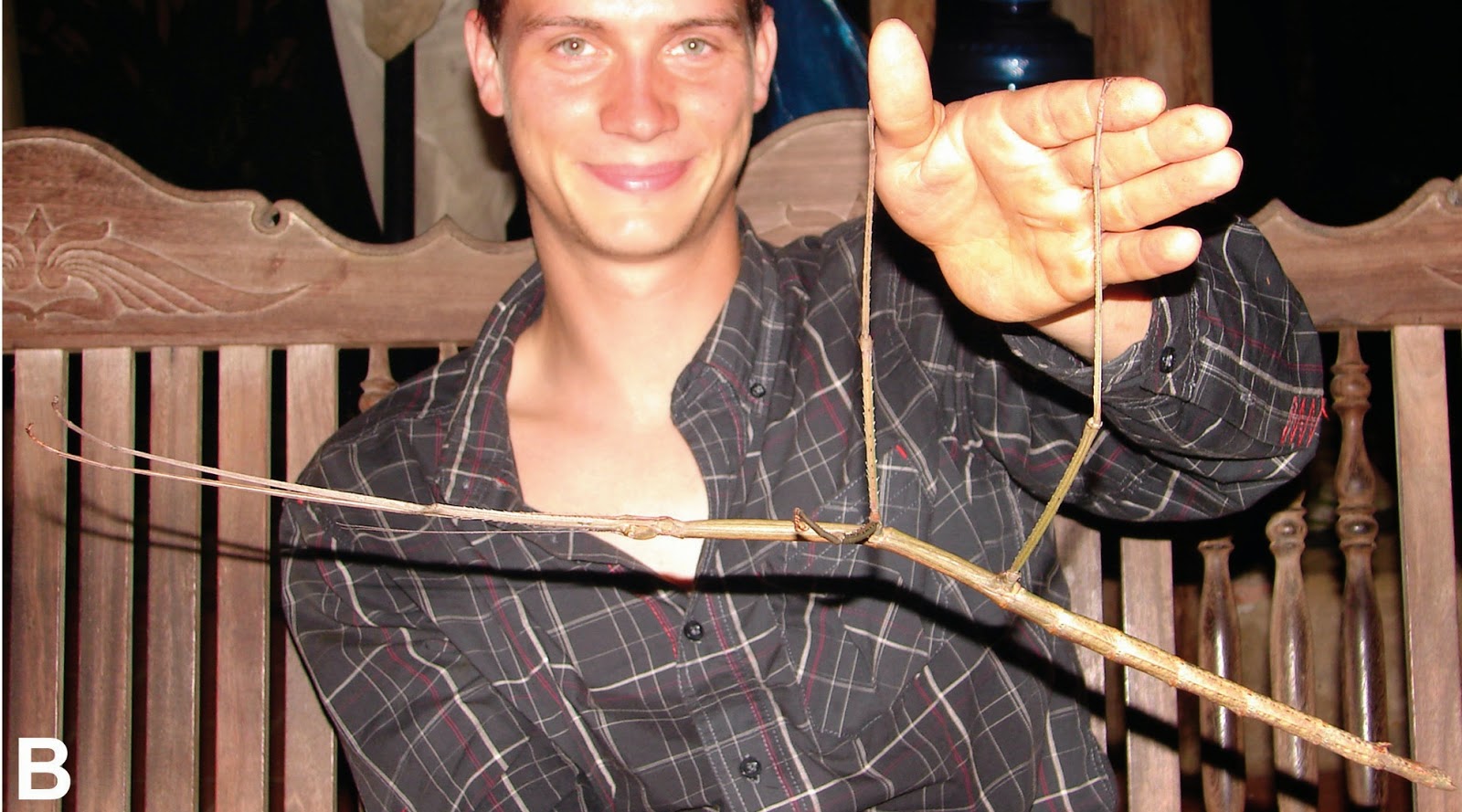 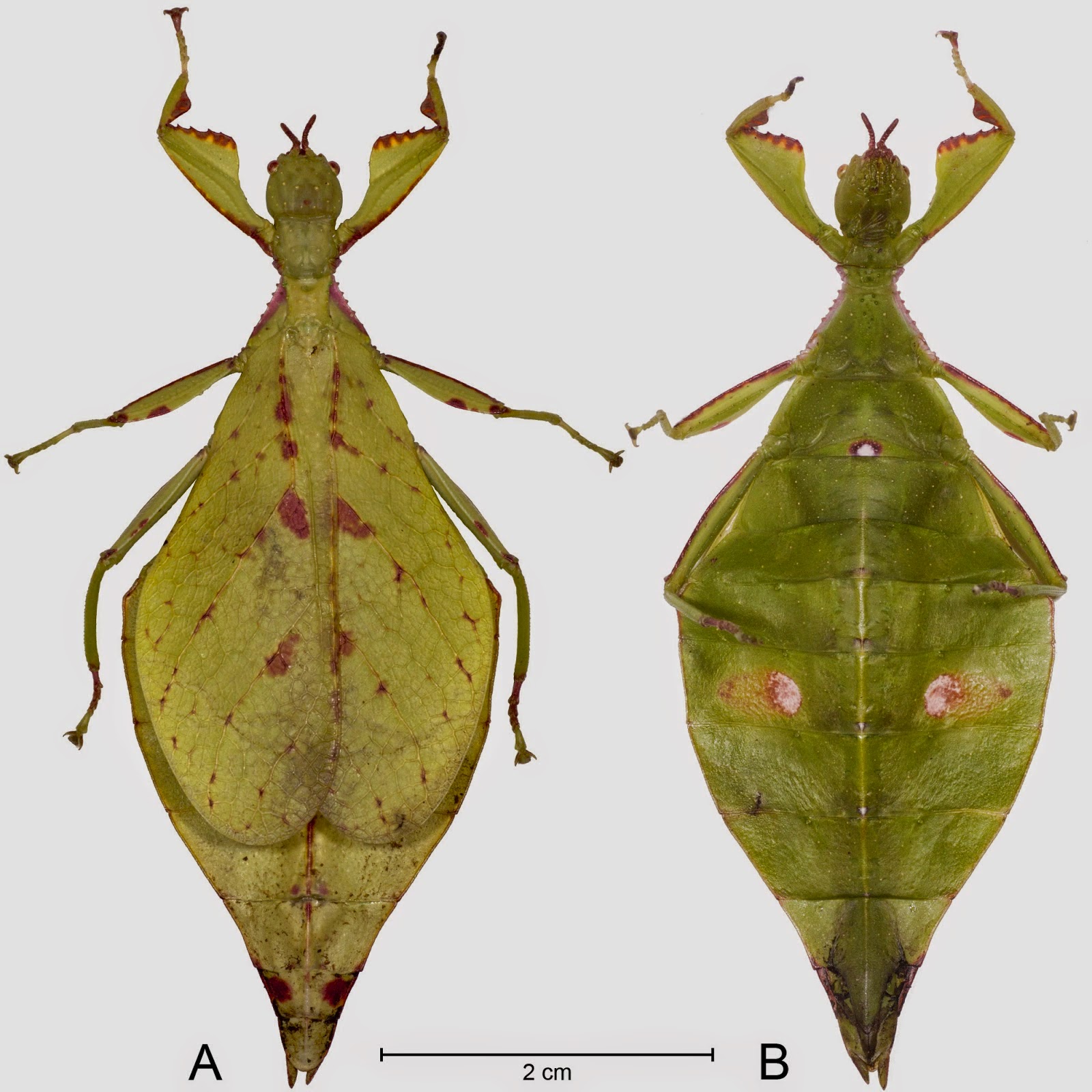 A new species of Leaf Insect from Indonesian Papua.
Leaf Insects, Phylliidae, are small Insects related to Stick Insects, noted for their remarkable camouflage patterns, which resemble leaves. There are 53 described living species, 40 of which are placed in a single genus, Phyllium, and one known fossil, Eophyllium messelensis, from the 47 million year old Messel Shale in Germany, which appears most of the...

A new species of Stick Insect from southern Spain.
Stick Insects, Phasmida, are large insects noted for their camouflage abilities, frequently resembling sticks or leaves. They are related to Mantises, Cockroaches and Termites, and like them undergo hemimetabolous... 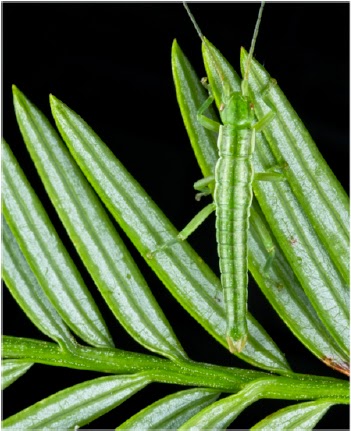 The BMC Ecology Image Competition.        Scientific journals are the mainstay of academic communication within the sciences, the place where new ideas are put forward in papers for which the authors, rather than the editors, take responsibility. They are not, on the whole, noted for either competitions or artistic content. All such rules have exceptions however, and this year the editors of the journal BMC Ecology decided to hold an Ecology Image Competition, which would be open only to scientists working...