Catasetum telespirense: A new species of epiphytic Orchid from the southern Brazilian Amazon.

In 2011-2012 a series of series of rescue expeditions recovered and relocated around 105 000 epiphytic plants (plants which live on other plants, typically the branches of canopy trees) from the site of the planned Teles Pires Power Plant, which straddles the borders between Paranaíta County in Mato Grosso State and Jacareacanga County in Pará State on the banks of the River Teles Pires. This area is poorly explored by botanists, despite being an area high biodiversity, and many new species were discovered during this operation.

The new species is placed in the genus Catasetum, which currently contains at least 130 species of epiphytic Orchids with many undiscovered species thought likely to be present in unexplored areas of the Amazon, and given the specific name telespirense, in reference to the area where it was found. Catasetum telespirense is an epiphytic herb consisting of a 10-18 cm pseudobulb with 5-7 narrow leaves 20-45 cm in length growing from its base. These leaves are generally shed before the production of the inflorescence (flower-stem), also from the base of the plant. This is 20-45 cm in length and bears 2-10 fragrant yellow or yellow-green flowers 40-45 mm in width. 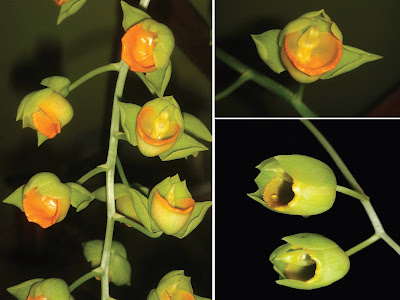 Catasetum telespirense was observed in the wild only at the Teles Pires Power Plant site, which is now lost to development. However discussions with Orchid collectors in Guarantã and Paranaíta Counties in Mato Grosso State and Jacareacanga  County in Pará State revealed that many had specimens of this plant, which most claimed had been collected from sites designated for development, in order to protect the plants, though one collector did admit collecting specimens from an unthreatened site. Clearly both urban development and unregulated collecting of the plants have implications for the conservation of Catasetum telespirense, and Petini-Benelli & Soares-Lopes suggest that the Orchid should be listed as Endangered under the terms of the International Union for the Conservation of Nature’s Red List of Threatened Species, due to the limited known range of the species, the low number of specimens recorded within this area, and the threats posed to the species by human activity. 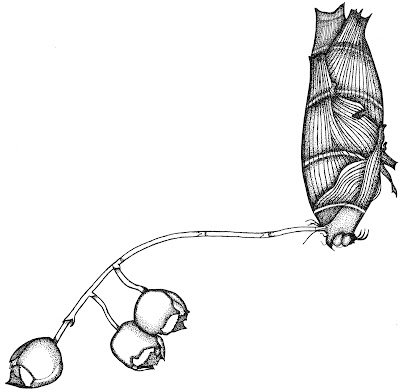 Liparis wenshanensis: A new species of Orchid from Yunnan Province, China.
Orchids of the genus Liparis are found across tropical Asia, New Guinea, the islands of the southwest Pacific and tropical and subtropical regions of the Americas. There are currently sixty five species known to grow... 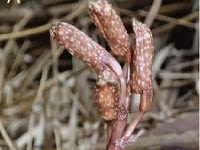 A new species of parasitic Orchid from Takeshima Island, Japan.
Orchids of the genus Gastrodia are found across temperate and tropical Asia, Oceania and Madagascar. They are mycoheterotrophs; parasitic plants which obtain nutrients and sugars from Mycorrhizal Fungi(Fungi which normally form symbiotic... 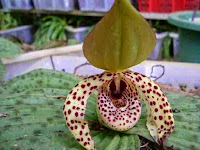 The Freckled Cypripedium classified as Endangered.
The International Union for the Conservation of Nature published its annual update of its Red List of Threatened Species on Thursday 12 June 2014, marking the 50th year of the list's existence, and revising the status of a number of Plant and Animal species from around the...