At least thirteen people have died following a landslide in the Gulistan Johar District of Karachi, the capital of Sindh Province in Pakistan, early on Tuesday 13 October 2015. The dead have been confirmed to include seven children and three women. A number of homes, thought to have been constructed illegally, were buried in the incident, and it is thought unlikely that anybody will be pulled from the debris alive. 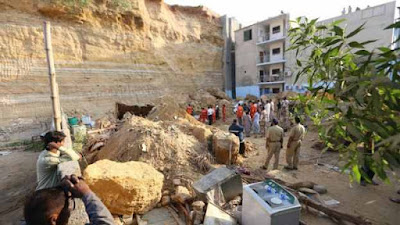 The site where the incident occurred is understood to have been leveled by cutting into a hillside, a practice known locally as 'China-cutting', creating a flat surface upon which cheap housing had been built, but leaving an unsafe and undermined hillside close to the properties. The plot where the incident landslide happened is understood not to have had permission for the building of homes, having been originally designated as parkland, then amended as suitable for a 'private parking development'. It is unclear if the land owner, a local politician, was aware of the properties on the site; the landlord who rented the properties is currently being sought by police in Karachi. 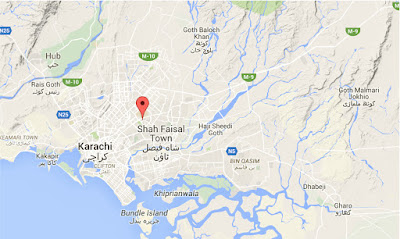 The approximate location of the 13 October 2015 Karachi landslide. Google Maps. 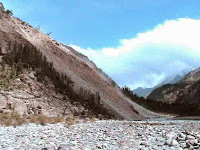