The United States Geological Survey recorded a Magnitude 6.2 Earthquake at a depth of 4 km about 10 km southeast of the town of Norcia in Perugia, central Italy, slightly after 3.35 am local time (1.35 am GMT) on Wednesday 24 August 2016. The quake has caused extensive damage in the area, causing numerous buildings to collapse in small towns and villages in the Apennine Mountains of the Umbria, Lazio and Le Marche regions. At least 120 people have lost their lives in the incident, 368 seriously injured, with many more still trapped beneath the rubble of buildings or otherwise missing. 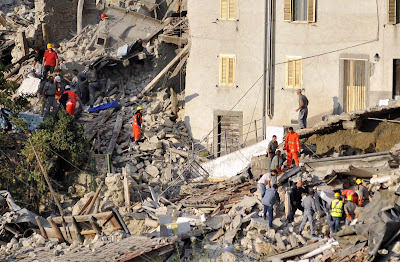 Italy is in an unusual tectonic setting, with the west of the country lying on the Eurasian Plate, but the east of the country lying on the Adriatic Plate, a microplate which broke away from North Africa some time in the past and which is now wedged into the southern margin of Europe, underlying eastern Italy, the Adriatic Sea and the west of the Balkan Peninsula. This, combined with the northward movement of the African Plate into Italy from the south, leads to uplift in the Apennine Mountains that run the length of the country, and makes Italy extremely prone to Earthquakes. 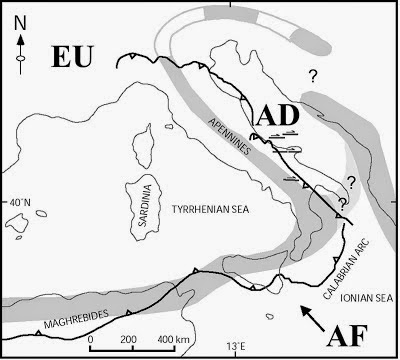 Historically Italy has suffered a number of devastating Earthquakes that lead to large numbers of casualties, though in recent decades the country has made serious attempts to prevent this, with better warning systems and tighter building regulations, though the large number of historic buildings in Italy, which cannot easily be replaced (and any attempt to do so would be unlikely to succeed due to their high cultural value), meaning that the country is unlikely to be completely risk free any time soon.

The approximate location of the 24 August 2016 Perugia Earthquake. Google.

Spectacular eruption on Mount Etna.       Italy's Mount Etna volcano underwent a spectacular eruptive episode on the morning of Thursday 3 December 2015, producing an ash column over 3 km in height and lava fountains that reached about 1600...