The ability of armoured animals to roll into a defensive ball is known from many disparate groups. This ability, called conglobation or enrolment, is known from Mammals such as Pangolins, Manidae, and Hedgehogs, Tenrecinae, and Echidna, Tachyglossidae, Arthropods including some Isopods, Trilobites, Pill Millipedes and larvae of other groups, and, among Molluscs, the multi-shelled Chitons. These animals have the flexibility to curve their entire body and touch the anterior to the posterior end, such that the hard dorsal elements cover the whole outer surface and the softer, ventral parts are protected inside the ball. Species with this ability span a broad variety of ecological niches and both terrestrial and aquatic environments; while the ability to display protective armour in every direction is doubtless beneficial to defence, the ability to become more spherical may have additional and more relevant implications in terms of functional morphology. Chitons are unusual among ball-forming invertebrate animals in that they entirely lack mechanisms that lock the body in the enrolled position. By contrast, many Trilobites, Oniscoid Isopods and Millipedes have intricate locking (or coaptive) devices that are modifications of the exoskeleton. Many of these ball-forming taxa with coaptive devices protect legs, antennae and reproductive structures, and at least some develop spines that protrude outward when the animal is in the enrolled position. Spines provide an additional defence against gape-limited predators, and in aquatic contexts may affect hydrodynamic dispersal. Conglobation with coaptive devices is common among living terrestrial arthropods, but is essentially unknown in living adults in the sea, perhaps implying that passive defence in the form of coaptive rolling up into a ball is no longer as effective as it once was during the Paleozoic heyday of the Trilobites.

A Chiton attached to the substratum by its soft foot is well defended by its dorsal scleritome and will respond to disturbance by holding fast to the surface. The Chiton scleritome and its overlapping plates have been analysed as an armour that optimizes a trade-off between defence and mobility. When rolled into a ball, the valves and girdle together provide a complete armour, although much of the ‘ball’ is muscular tissue covered only by a thin cuticle. The potential predators in modern shallow marine settings, including Fish, Seastars, Birds and Crabs, are likely to consume an unattached Chiton whole. Anecdotal speculation has suggested the primary advantage of curling into a ball could instead be mobility, to allow Chitons to roll to a better position. This implies that enrolment is not a passive defence against attack, but perhaps a strategy to improve circumstances. If the tendency of armoured marine animals to roll into a ball is a passive defensive behaviour, then Chitons could be expected to spend relatively more time curled up in the presence of a predator, but if it is not then Chitons should spend less time enroled when a predator is nearby. 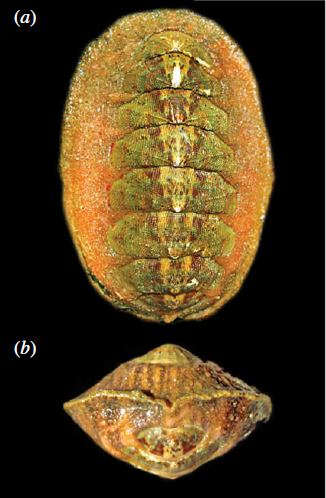 A Chiton, Mopalia swanni, in (a) in normal position, and (b) rolled into a ball, anterior is at top in both images. This species was not used in this experiment but shown for illustrative purposes. Sigwart et al. (2019).

Live Chitons were collected from the intertidal at Pinnacle Gulch in Bodega Bay, California and held in aquaria on flowthrough seawater at the University of California, Davis' Bodega Marine Laboratory. Chitons used in these experiments included three species: Mopalia hindsii (17 seventeen specimens), Mopalia muscosa (4 specimens), and Lepidozona mertensii (3 specimens). These species co-occur in the rocky intertidal in Northern California and are broadly distributed on the Pacific coast of North America. The Purple Sea Star, Pisaster ochraceus was selected to produce the predator cue as it is a co-occurring predator known to consume Chitons.

In each trial, a single randomly selected Chiton was placed up-side-down in the centre of the experimental aquarium. Seawater was siphoned continuously from one of two sources, selected by a coin flip: the 40 litre holding aquarium with captive Chitons (control condition), or a separate 20 litre aquarium holding a single Purple Sea Star (predator treatment). These two source aquaria were fed continuously with flow-through seawater.

Chitons left up-side-down on a flat surface were never able to right themselves, except by manoeuvring close enough to the wall to contact and attach to the vertical surface. This occurred four
times in 24 trials, three of which were in the presence of the predator cue; the control animal that made contact with the side did so only after 109 minutes of a 120-minute trial, while animals in the predator treatment that manoeuvred themselves to the side did so relatively much faster, after 43–87 minutes.

The sample sizes for Lepidozona mertensii (3 specimens) and Mopalia muscosa (4 specimens) were too small to allow robust comparison among species, although the trends were apparently broadly consistent in all three species used. Lepidozona mertensii spent more time overall curled into a ball, compared to the total group, and spent considerably more time rolled in the control condition  than in the presence of a predator cue.

In the presence of the chemical cue of a distant predator, the urgent pressure to reattach to the substratum prompted more exposed positions in Chitons, but that would (and in a few cases did) enable the animal to reattach to the substratum and regain normal posture. Chitons are not able to right themselves on an isolated, flat surface such as the bottom of an experimental aquarium. But extended flat surfaces and still water are unusual in the context of rocky marine benthos. The articulating armour of Chitons is flexible and the inability of chitons to right themselves is generally limited to environments with flat surfaces and no current. In normal circumstances, on a rugose surface in a dynamic environment with moving water, a rolled-up chiton can expect to be transported to a new position very rapidly, and an arching Chiton might also be buffeted more rapidly toward a potential safe haven. Although Chitons are often considered ‘primitive’, there is mounting evidence for neurological complexity and this behaviour suggests a certain level of strategic response.

The behaviour associated with conglobation has been studied most closely in Arthropods, especially the terrestrial Pill Bug, Armadillidium sp., which can roll into a completely sealed ball. In experimental exposure, Isopods were marginally more likely to be attacked when extended rather than when rolled into a ball, and the animals do use conglobation as an active response to attack by potential predators. Likewise, a dislodged Chiton, if physically prodded, would also roll up rather than arch and leave the foot exposed. Conglobation in Isopods has secondary advantages in that it may help prevent desiccation as well as predation, which would only be relevant for Chitons in the rare event of dislodgement when exposed to air at a low tide. There are certainly protective benefits to curling into a ball, but the ball configuration in Chitons and other animals is entirely incompatible with normal feeding and locomotion.

Some arthropods lack coaptive devices that lock the ball configuration, including a few terrestrial Caterpillars and Spiders. These animals roll into a wheel-like configuration and use powerful appendages to propel themselves away from danger. This situation, and the observation that the ability to roll into a ball is associated with rolling away from a disadvantageous situation rather than with direct or even indirect contact with a predator, is mirrored in Sigwart et al.'s observations of chitons. Whether energy-intensive as in these terrestrial Arthropods, or more passive, as in Chitons, rolling away evidently does not require coaptive devices and is more a temporary measure.

In Chitons, the action of enrolment is controlled by the diagonal dorsoventral muscles that connect the eight shell valves to the ventral foot. All Chitons are able to use anterior–posterior flexing, including species with reduced or internal shells (such as Cryptochiton stelleri). This muscular arrangement and additional longitudinal muscles also cause the typical curled posture in Aplacophoran Molluscs, which are anatomically and phylogenetically related to Chitons. This is in contrast to the coaptive interlocking exoskeletal elements involved in the conglobation postures of Arthropods. Although the shell-less condition in Aplacophorans is derived, curling does not require an exoskeleton and does not require physical coaptive devices.

The ability of animals to transform into a defended sphere is a solid defence with multiple benefits; however, the results here suggest that anti-predatory defence is not the principal merit for Chitons. Chitons demonstrate behavioural decision-making when faced with the threat of a potential predator, to enable it to right itself and regain a safe foothold. By contrast, some other species with coaptive mechanisms resist attack by a predator through special morphological features that strengthen the exoskeleton and make it difficult to manipulate for a gape-limited or skeleton-breaking predator. The rolled-up configuration in Chitons and other animals without coaptive devices is superficially convergent, but the similarity in these different forms of rolling up may hide fundamentally different approaches to defence. 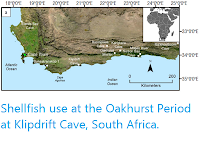 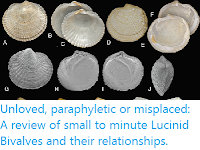 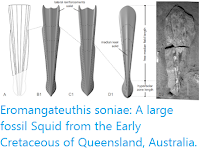 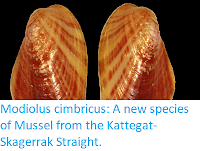 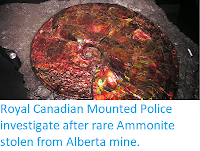