Clown Beetles (Histeridae) are nocturnal carnivorous Beetles found across the globe. They can be distinguished by their antennae, which are short, have clubbed tips and which stick out from the head more-or-less sideways, before bending forwards in an elbow-like joint. They tend to have shiny black of green bodies. Some species of Clown Beetles are used as biological controls of other Insect species. They are also used by forensic entomologists to help calculate how long bodies have been left in the environment, as they will colonize corpses; though they do not feed on carrion, but upon maggots and other insects that do.


In a paper published in the journal ZooKeys on 20 September 2013, Tomáš Lackner of the Department of Forest Protection and Entomology at the Faculty of Forestry and Wood Sciences at the Czech University of Life Sciences and Yves Gomy of Nevers in France describe two new species of CLown Beetle from Madagascar.

Both species are placed in the new genus Malagasyprinus, a name which implies Clown Beetles from Madagascar. They were collected in dry forests by beating bushes, and in pitfall traps baited with fish. 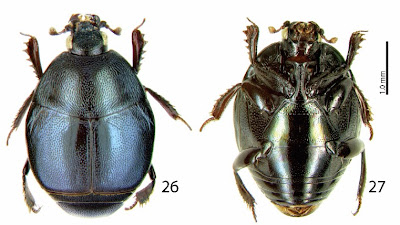 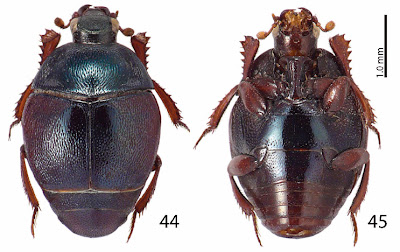