A new species of Crocodile from West Africa.

The Slender-snouted Crocodile, Mecistops cataphractus, is found throughout West and Central Africa. It is the only species in the genus Mecistops, which apparently diverged from the related genus Osteolaemus in the Miocene. The species is threatened across much of its range, with almost all West African populations considered to be at risk of extinction, due to conflict with rising human populations, though a number of robust and healthy populations still exist in Central Africa. However all Crocodylians are morphologically conservative (i.e. they have changed their general bodyplan little since the group first arose in the Mesozoic), so it is possible that any established Crocodylian species may contain numerous cryptic species (species that are difficult or impossible to tell apart by physical examination, yet which are reproductively isolated), and where this is the case each of the cryptic species will have a smaller population than the whole. 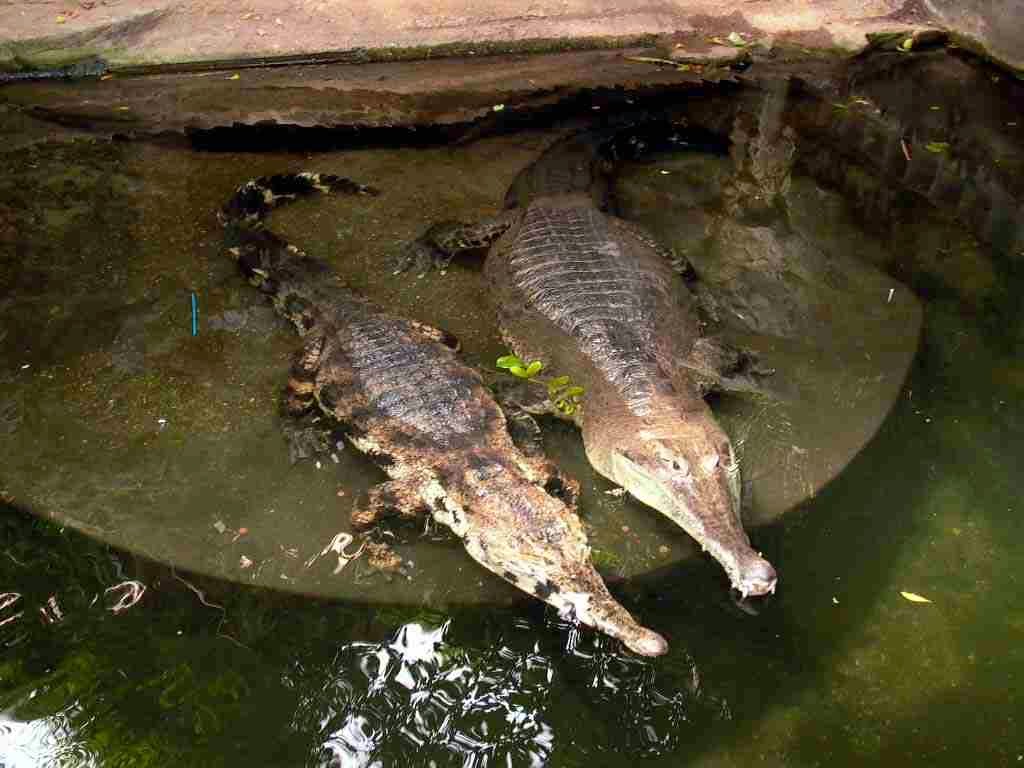 Both morphological and genetic data strongly supported the idea that the West and Central African populations of Mecistops cataphractus are in fact separate species. Genetic studies found that individuals from The Gambia and Côte d’Ivoire were distinct from those from Gabon, Tanzania and Congo, having shared a last common ancestor around 6.5 million years ago. Shirley et al. suggest this may been linked to the Cameroon Volcanic Line (a range of volcanic mountains along the Cameroonian border with Nigeria, which occurred at about this time. No samples of Mecistops cataphractus from Nigeria or Cameroon were available for inclusion within the genetic part of the study, however morphometric analysis of skulls from the two countries strongly suggested that the Nigerian Skulls should be grouped with the West African population and the Cameroonian skulls with the Central African population.

Based upon these studies Shirley et al. conclude that the genus Mecistops should in fact contain two species, Mecistops cataphractus from Central Africa, and a second species from West Africa which they do not name. Based upon our current understanding of the conservation status of populations of Slender-snouted Crocodiles, this West African species should be considered to be Critically Endangered under the terms of the International Union for the Conservation of Nature’s Red List of  Threatened Species.

See also Bite marks on the bones of Late Cretaceous Juvenile Ornithischian Dinosaurs from Utah, A giant Metriorhynchid Crocodylomorph from the Middle Jurassic of England, Predation of Freshwater Mussels in the Early Cretaceous of Spain and A Thalattosuchian Crocodiliforme from the Late Cretaceous of Argentina.