Dinosaurs are the most distinctive ﻿element of Mesozoic Vertebrate faunas, arising in the Triassic, and coming to dominate all known terrestrial ecosystems during the Jurassic and Cretaceous, before disappearing abruptly (other than the still extant Birds) at the end of that period. Despite this widespread distribution, very few Dinosaur remains are known from the Middle East, with a few scattered remains recorded from Oman, Jordan, Yemen, Egypt and Lebanon, and, to date, only two recorded Dinosaur finds from Saudi Arabia, and unidentified Sauropod, possibly a Titanosaur, and some other unidentified bones, all from the late Cretaceous Adaffa Formation of the Midyan Peninsula, in the northwest of the country, collected between 2004 and 2008 by a joint expedition of the Saudi Geological Survey and the Egyptian Geological Museum.

In a paper published in the journal PLoS One on 26 December 2013, a team of scientists led by Benjamin Kear of the Department of Earth Sciences at Uppsala University formerly describe these Dinosaur  specimens for the first time. 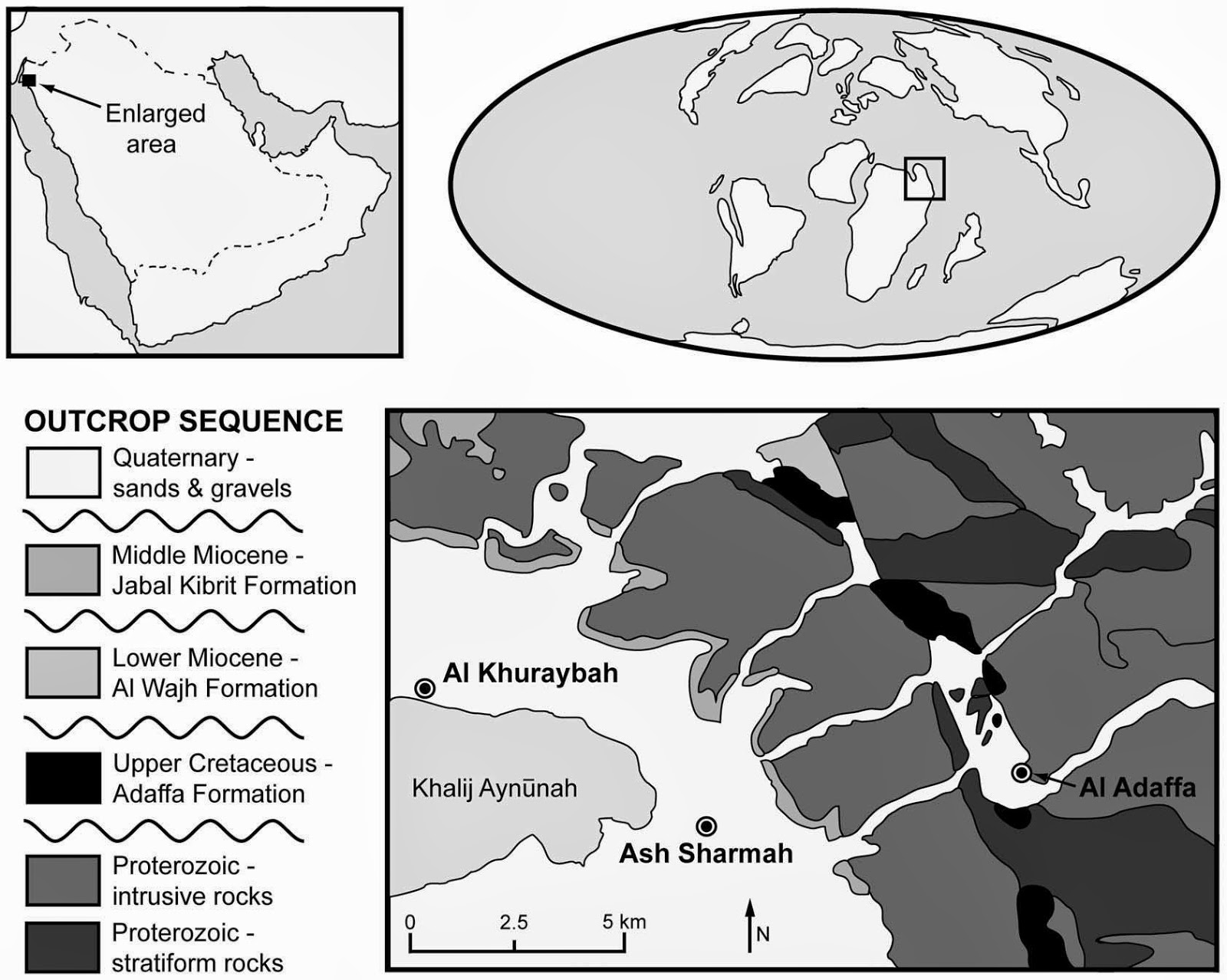 Geological map of northeast of Saudi Arabia, showing outcrops of the Addafa Formation. Kear et al. (2014).
﻿
The material comprises seven caudal (tail) vertebrae, plus two other fragments, from a Sauropod Dinosaur, plus two Theropod teeth, collected from a limestone outcrop 11 km northeast of Al Kuraybah. The specimens were disarticulated, apparently due to water turbulence, but are thought to come from only two animals (i.e. one Sauropod and one Theropod). The most complete vertebra has a length of 105 mm and a height of 133 mm, and does indeed appear to be from a Titanosaur. Both of the teeth are fragmentary in nature, though they are distinctively Theropod in nature, flattened with a serrated cutting edge, and are thought to most likely be from an  Abelisaurid. 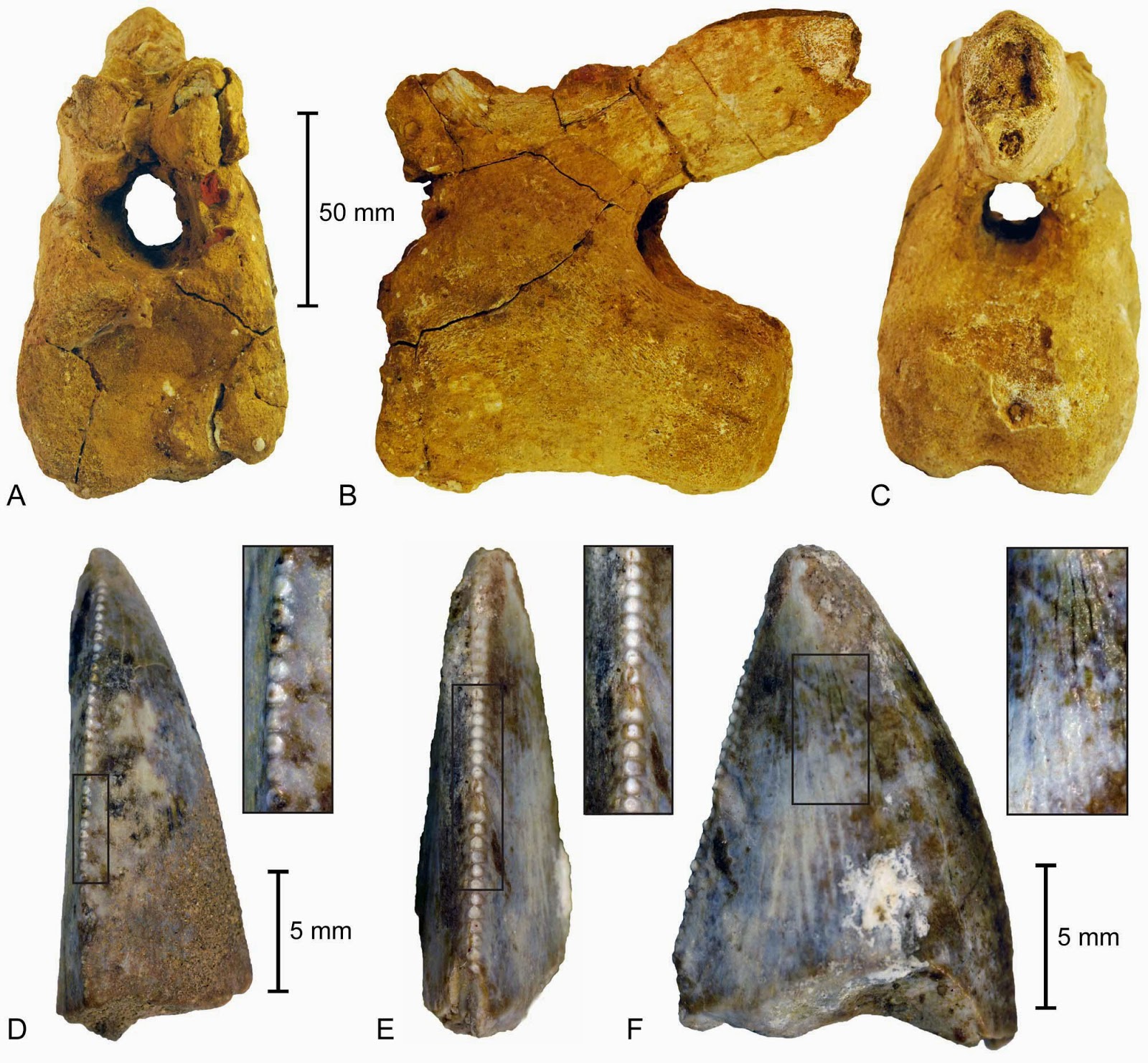 Dinosaur remains from the Adaffa Formation of Saudi Arabia. Titanosaurian distal caudal vertebra in: (A) anterior; (B) lateral; and (C) posterior views. Abelisaurid teeth including: (D) crown fragment with enlargement of the distal denticles; and maxillarydentary tooth shown in distal (E) and lateral (F) views with enlargements of the distal carina and baso-apical enamel ridges. Kear et al. (2014)