A Silky Lacewing from the Eocene of Washington State.

Silky Lacewings (Psychopsidae) are a group of Neuropteran Insects that are rare today, with only 27 known species known from Africa, Australia and Southeast Asia, but were apparently a widespread and important group in the Jurassic and Cretaceous, the oldest recorded species coming from the Late Triassic of Australia. The post Mesozoic fossil record is much more limited, with three recorded species from Late Eocene Baltic Amber, and two from the Late Eocene/Early Oligocene deposits at Amgu in the Russian Far East.

In a paper published in the journal Zootaxa on 18 July 2014, Vladamir Makarin of the Institute of Biology and Soil Sciences of the Far Eastern Branch of the Russian Academy of Sciences and Bruce Archibald of the Department of Biological Sciences at Simon Fraser University describe a new fossil Silky Lacewing from the Tom Thumb Tuff Member of the Klondike Mountain Formation at Republic in the Okanagan Highlands of Washington State, USA.

Ainigmapsychops inexspectatus (A) photograph and (B) line drawing of venation. Scale bar is 2mm. Makarin & Archibald (2014).

The deposits at Republic have been dated to 49.4 million years old by radiometric dating. Studies of pollen from the location suggest it had a mean annual temperature of 9-13˚C, with few frost days. The makeup of the forest was similar to modern deciduous forests from the eastern US, but with other species not now present, such as Palms, Metasequoia, Ginkgo and some extinct groups. 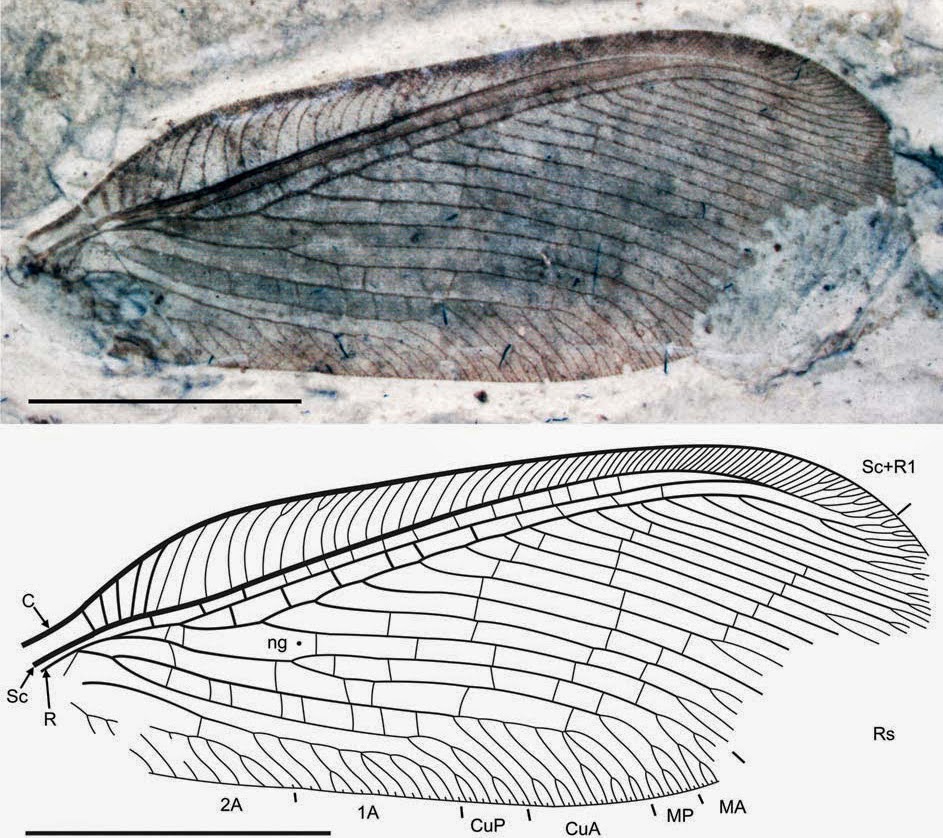 A new species of Osmylid from the Middle Jurassic Daohugou Biota of Inner Mongolia.

Osmylids (Osmylidae) are a group of Neuropteran Insects with a fossil record dating back to the Early Jurassic and are still in existence today. They appear to have been at their most numerous and diverse in the Middle-Late Jurassic, with a number of lineages... 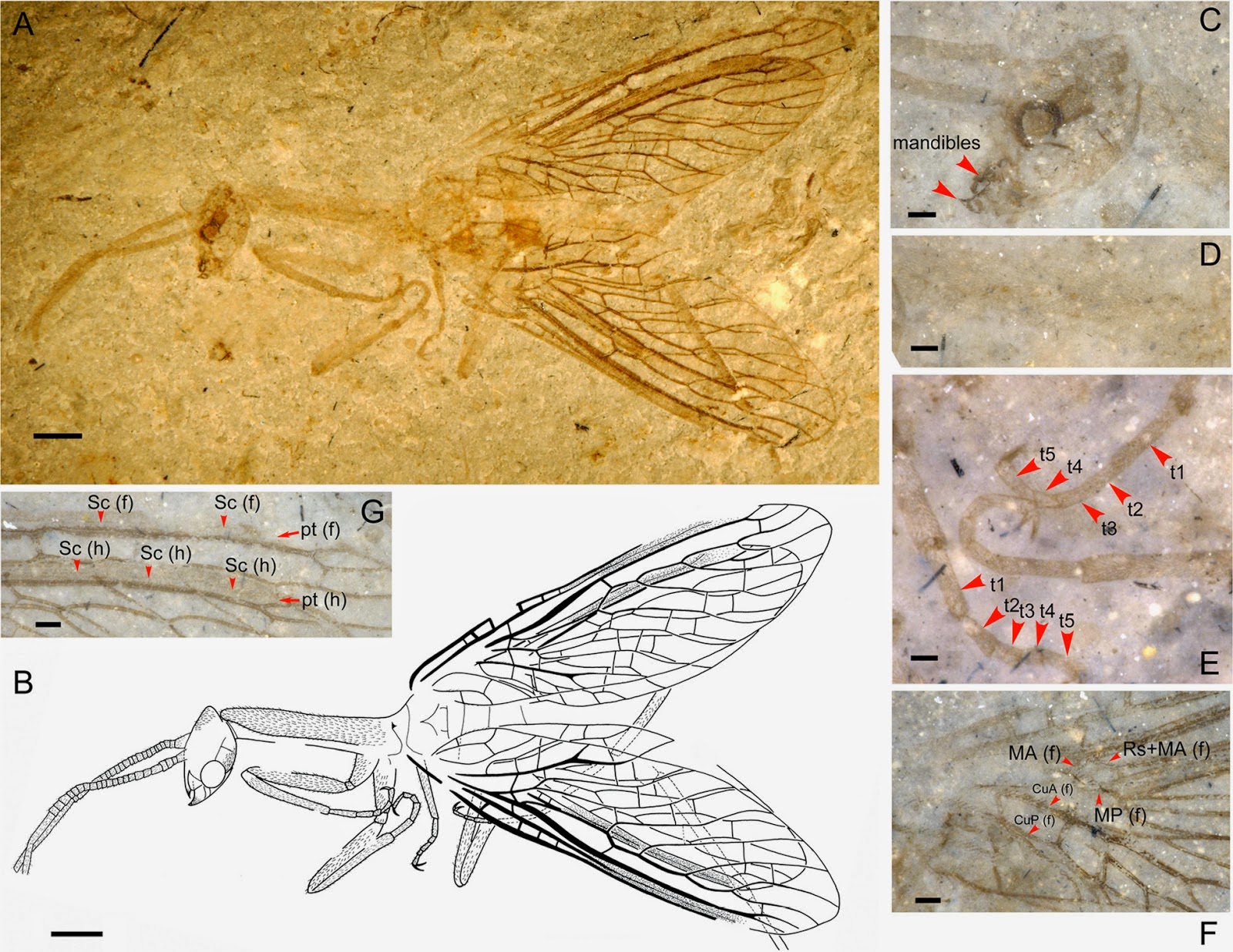 Snakeflies (Raphidioptera) are a group of carnivorous flying insects related to the Lacewings, Antlions and Alderflies. They have long life cycles, with a number of larval stages, but still feed as adults. Modern Snakeflies are found throughout Europe and Temperate...