The dwarf planet Pluto will reach opposition slightly before 3.00 am GMT on Friday 4 July 2014; this means that it will be directly opposite the Sun in the sky when viewed from Earth, on this occasion in the constellation of Sagittarius. This is the best time to observe Pluto from Earth, since it will be reflecting light back directly from the Sun towards Earth, and will be at its closest to Earth this year, around 30.67 AU from us (i.e. 30.67 times as far away as the Sun is), although it is never possible to view Pluto with the naked eye, and even under the most favorable conditions requires a reasonably large telescope for viewing from Earth. This is made more difficult at the moment as it is moving through a particularly star-rich part of the sky. 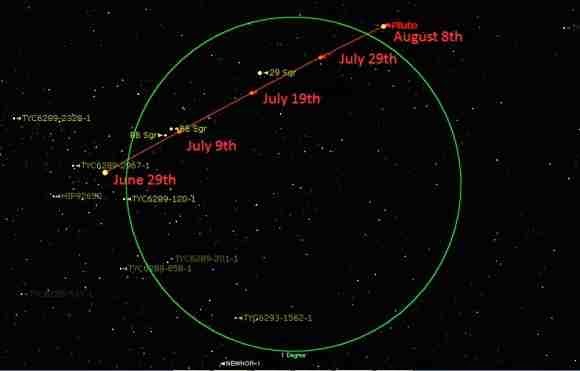 The path of Pluto across the night sky on 28 June-8 August 2014. Universe Today.

Pluto was discovered in 1930 by Clyde Tombaugh, a young astronomer working at the Lowell Observatory in Arizona; its existence had been predicted as early as 1909, due to anomalies in the orbit of Neptune. At the time it was assumed that Pluto was a planet of some size, capable of disturbing the orbit of Neptune. Pluto spends part of its 248 earth year orbit inside the orbit of Neptune; this is not the same on every orbit, but alternates between a 20 and a 14 year stay. 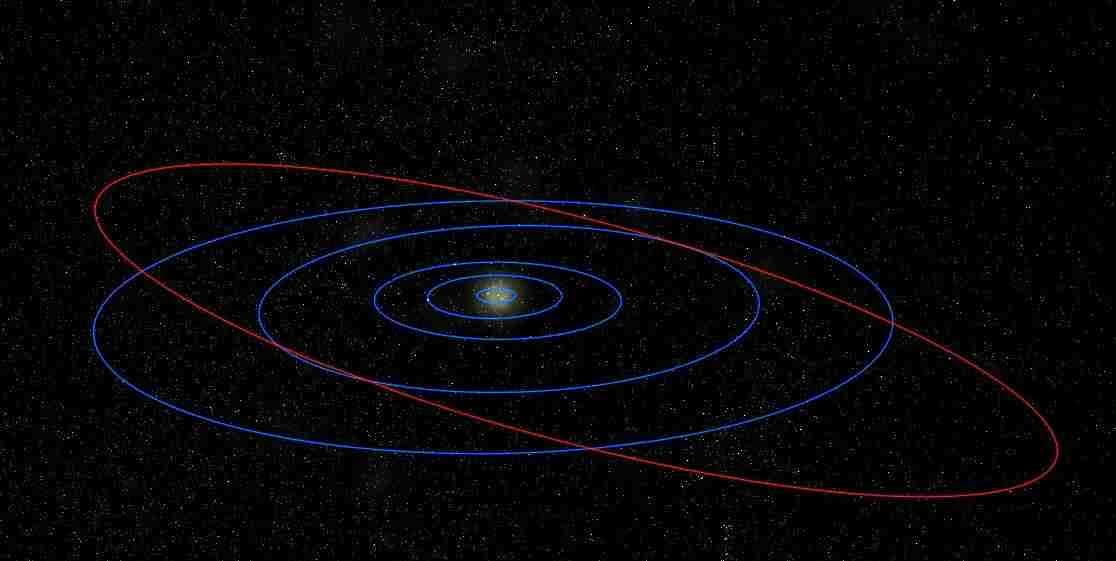 The orbit of Pluto (red) and the four outer planets (blue). Cornell University.

Pluto was downgraded from a planet to a dwarf planet by the International Astronomical Union in 2006, following the discovery of several similar small bodies in the Kuiper Belt beyond the orbit of Neptune. The term 'Dwarf Planet' is now used to designate objects large enough to form a roughly spherical shape under their own gravity, but no so massive as to have cleared the area around their orbit of all other objects. Pluto, Haumea, Makemake, and Eris were placed in this category, as was Ceres in the asteroid belt. Ceres had also been classified as a planet at the time of its discovery in 1801, as were a number of other asteroids until the mid-nineteenth century, when it became clear that asteroids were too abundant to be classed as planets. 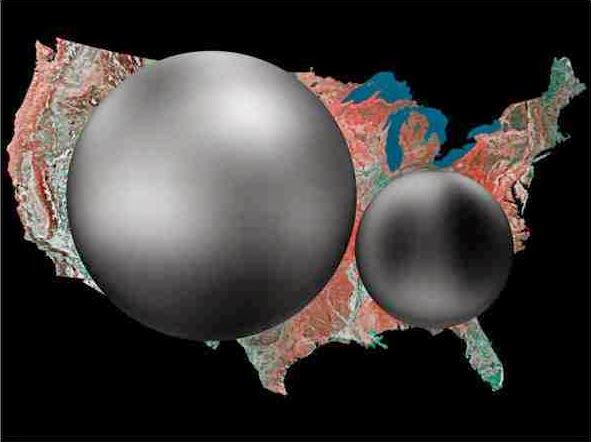 The comparative sizes of Pluto, its largest moon, Charon, and the continental United States of America. Calvin Hamilton/Cornell University. 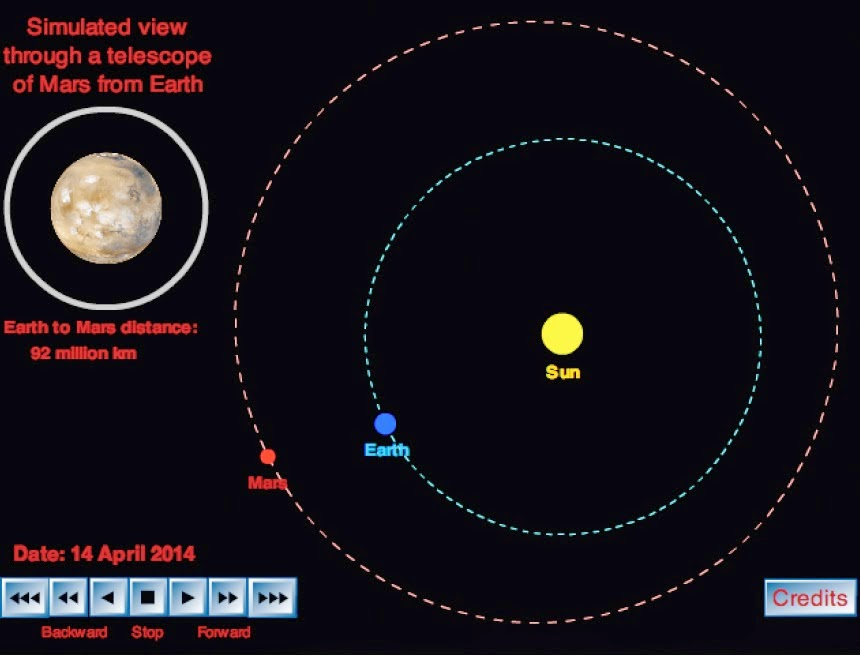 The planet Mars passes the Earth.

The planet Mars will make its closest pass to the Earth since December 2007, coming within 92 000 000 km of us on 14 April 2014. This will make the planet a particularly bright object, visible in the night sky from anywhere on Earth in the constellation of Virgo, close to...

A planet is said to transit the Sun when it passes in front of the Sun from our point of view. From Earth it... 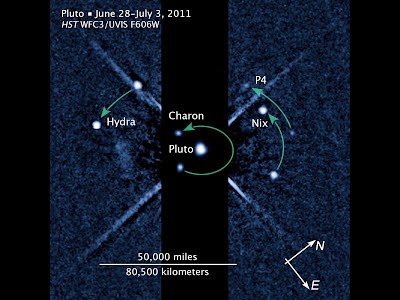 NASA scientists announced this week (20 July 2011) that they had discovered a new moon around the dwarf planet Pluto. The discovery was made by scientists using the Hubble Space Telescope in a set of five long exposure pictures taken over a period of two months...