Three workers have died following an explosion at an oil rig near Rankin in Upton County, Texas, on Tuesday 10 March 2015. The men have been named as Rojelio Salgado and Arturo Martinez Senior. and Arturo Martinez Junior, who are all understood to have been members of a single family, and to have been employed by Mason Well Service Ltd to carry out work on the Parsley Energy owned well. A fourth man working at the site was initially reported to have been injure, but is now understood to be unhurt. The incident is being investigated by the Upton County Sheriff's Office and Occupational Safety and Health Administration. 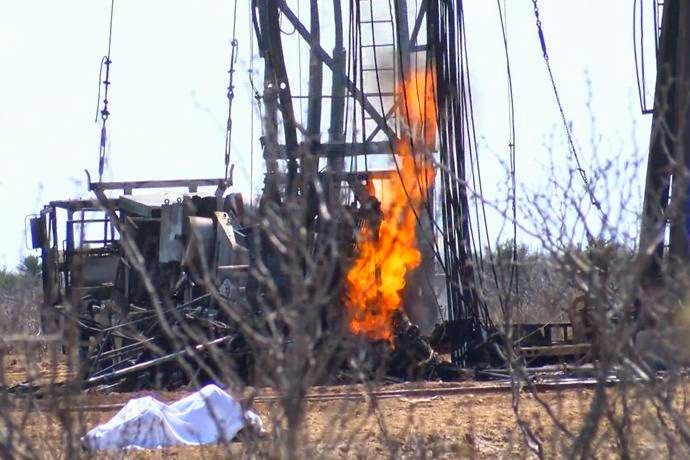 Fire at an oil rig in Upton County, Texas, following an explosion on 10 March 2015. Everything Glubbock.

The men are descried as having been part of a 'pulling unit', a work crew charged with removing tubing or drilling equipment from inside a borehole. Such teams are typically called in when there is an obvious problem with a well, such as a visible leak or a sudden drop in pressure at the wellhead. Since explosions at oil wells are typically caused when pressure overwhelms equipment at a well, it is likely that on this occasion the removal of equipment from within the drill-bore led also to the removal of a some form of obstruction within the well, leading to a sudden release of pressure. 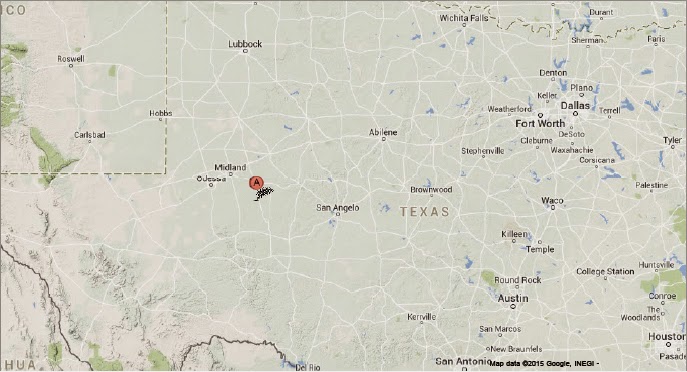 The oil wells of Upton and neighbouring counties of Texas access oils from the Permian Basin of Texas and New Mexico. These form part of the Mid-Continent Oil Producing Area, which was responsible for much of the US's oil production during the first half of the twentieth century. The Basin is now considered to be depleted, but still has known reserves of about 4 871 million barrels (774 400 000 m³) of oil, which are increasingly exploited by hydraulic fracturing, or fracking, a method which involves blasting subterranean strata with bursts of high pressure water and chemicals to break up rocks in order to free hydrocarbons, and other injection well drilling methods, techniques which involve pumping liquids into oil or gas bearing rocks to displace the hydrocarbons and make it easier to extract. These techniques have attracted criticism from many groups, as they are considered environmentally destructive, use large amounts of water and have been linked to increased seismic activities in areas where they are used. 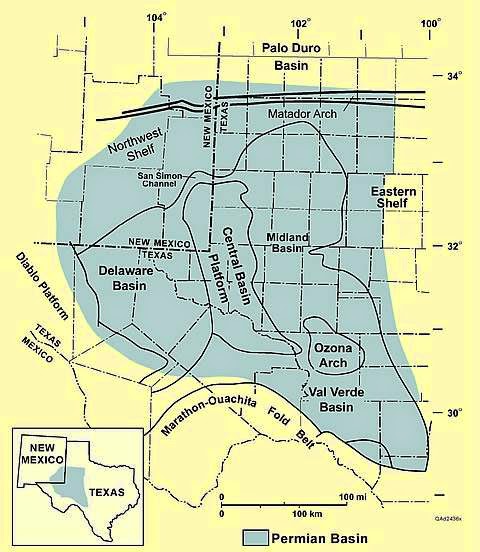 The Permian Basin of Texas and New Mexico. Wikipedia.

Two killed by explosion at Texas drilling rig.
Two workers have been killed by an explosion at a drilling rig in an oilfield near Orla in Loving County, Texas, slightly before 8.00 am local time on Wednesday 30 April 2014. Nine other workers were treated for cuts and lacerations caused by flying shrapnel from the... 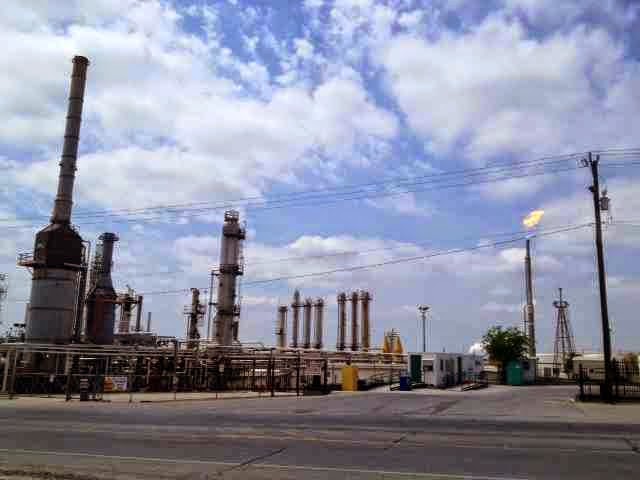