A total eclipse of the Sun will be visible from the Faroe Islands and Svalbard on Friday 20 March 2015, with a partial eclipse visible from the rest of Europe, West Asia, northern Arabia, North and West Africa, Iceland, Greenland and (briefly) Nova Scotia, Newfoundland and Labrador and parts of eastern Quebec. 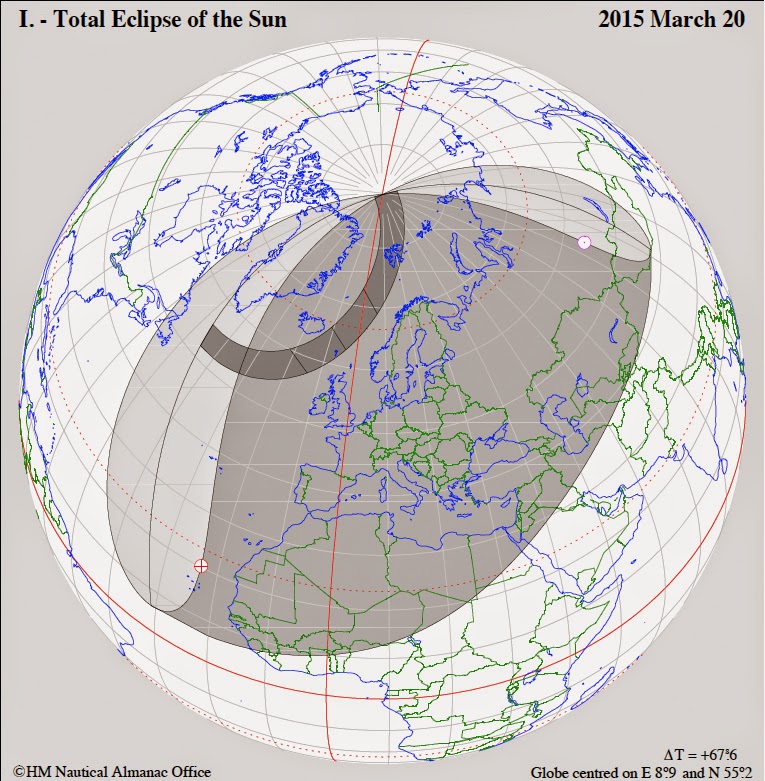 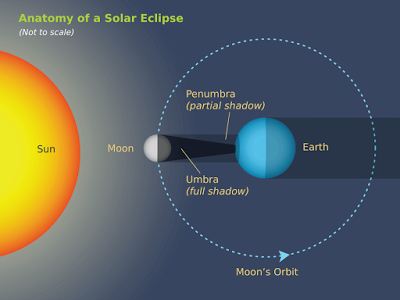 Although the light of the Sun is reduced during an Eclipse, it is still extremely dangerous to look directly at the Sun. 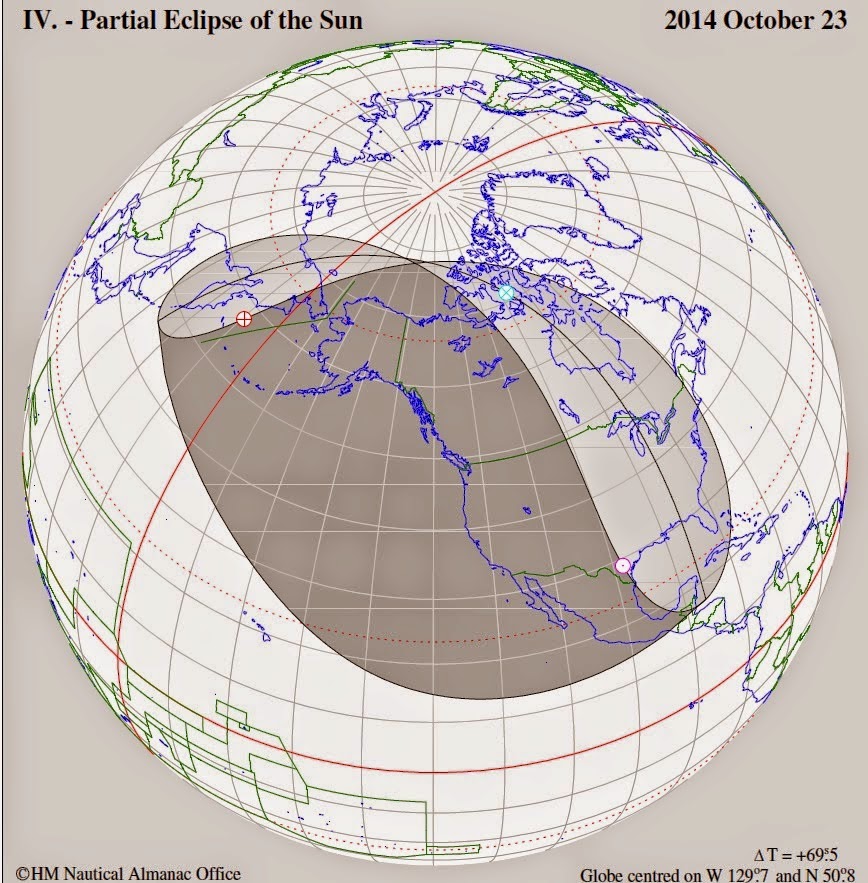 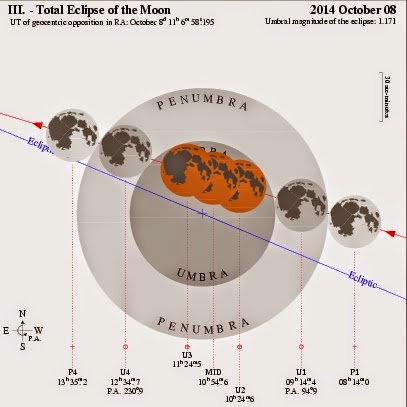 The 8 October 2014 Total Lunar Eclipse.
A total Lunar Eclipse will occur on 8 October 2014, starting at about 9.15 am GMT. It will be visible across much of the Pacific, as well as eastern parts of the United States and Canada, northeastern Asia and eastern Australia. Part of the eclipse will be visible from remaining areas of the Americas as well as the rest of Australia most of Asia, although in these areas the Moon will either rise part way through the eclipse, or set before it is complete. 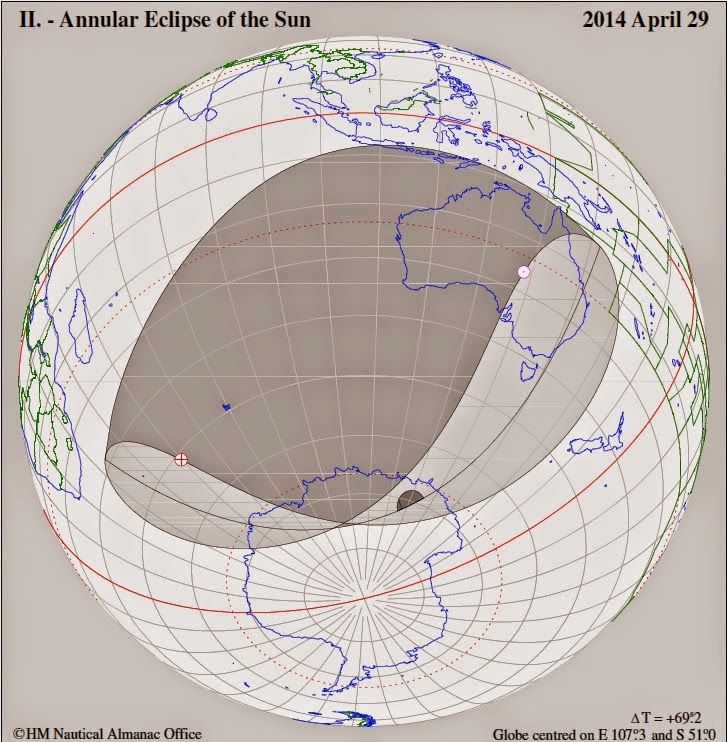