Five people have died in and around the Park Narodowy Bory Tucholskie (Tuchola Forest National Park) after a series of storms swept across the area on Friday 1 August 2017, felling thousands of trees in the area. Tow of the dead have been identified as members of a group of girl scouts aged 14 and 15 who were camping in the forest when the storms struck. About 20 other members of the group are being treated in local hospitals for a variety of injuries. A further ten people are reported to have been injured in further incidents relating to the storms, which have also damaged about 800 buildings and left about 170 000 people without electricity. 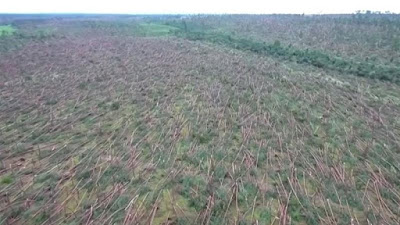 The storms were part of an Atlantic Storm System that had already swept across Iberia, France and the Alps, causing problems in many areas. These storms caused greater problems in Poland, however, as they encountered a warm front, which had been settled over the country for some time, which caused them to assemble into a Mesoscale Convective System (essentially a string of thunderstorms arranged into a straight line). These systems are more connected than ordinary storm fronts, and can persist for several hours. They are associated with heavy precipitation, lightning and high winds, with windspeeds of 151 kilometres per hour being recorded in Poland on Friday. 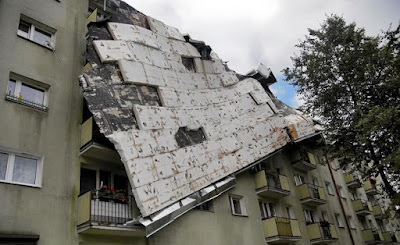 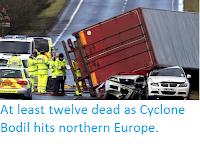 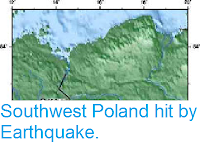