Black Flies, Simuliidae, are biting True Flies, Diptera, related to Midges, and found across most of the globe. They feed exclusively on the blood of Mammals, but unlike many other blood-feeding insects, they lack hypodermic mouthparts to draw blood from their hosts veins, instead simply biting through the skin to create wounds in which blood can pool, blood which they then lap up. This habit of feeding from open wounds makes them ideal vectors form many disease-causing micro-organisms. The larvae of Black Flies are aquatic, and for the most part the adults stay close to water, where females lay eggs and males seek mates, but some species will range over 60 km  from any open water, so they cannot always be avoided by avoiding water.

In a paper published in the journal Zootaxa on 24 August 2017, Douglas Craig of the Department of Biological Sciences at the University of Alberta and Neal Evenhuis of the Pacific Biological Survey at the Bishop Museum in Honolulu, describe three new species of Black Flies from beaches in the Society Islands of French Polynesia. All are placed in the genus Simulium, the most widespread and diverse genus in the group.

The first new specie is named Simulium littopyga, meaning 'beach bum' in reference to its habitat. The species is named from 21 adult female specimens, with the males and larvae being unknown. These range from 2.0 to 2.6 mm in length, and are dark brown in colour with orange eyes and yellow legs. The species was found only on the island of Tahiti, and only on beaches there. 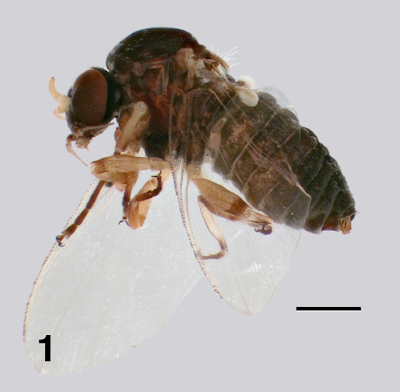 
The second new species is named Simulium littosocius, meaning 'beach companion, again in reference to its habitat. This species is described from twelve female specimens, with the males and larvae again being unknown. These specimens are 2.0-2.5 mm in length, and dark brown in colour, lighter on the underside, red eyes, and brown legs. The species was found on beaches on the islands of Tahiti and Raiatea. 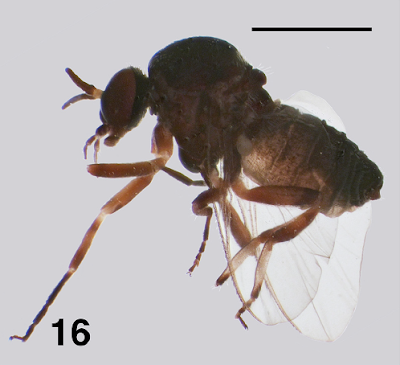 The final species described is named Simulium littosodalis, meaning 'beach comrade', once again in reference to its habitat, The species is described from 7 female specimens; once again the males and larvae are unknown. The specimens range from 1.5 to 1.9 mm in length, and are a dark blackish brown with dark red eyes. This species was found in beach environments on Tahiti only. 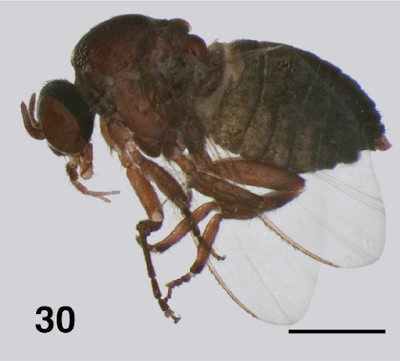 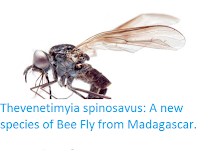 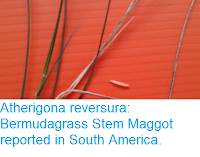