A teenage girl from Western Australia has been released from hospital two weeks after being stung by an Irukandji Jellyfish, Carukia barnesi. Hannah Mitchell, 14, was swimming with a friend off Goodwyn Island in the Dampier Archipelago off the Pilbara Coast on Sumday 1 April 2018, when she was stung on the arm by the Jellyfish. She did not immediately realise the seriousness of the sting, as there were a number of biting Sea Lice (biting Copepods in the Family Caligidae) in the area, however she soon began to suffer stomach cramps and within 40 minutes was suffering convulsions and vomiting blood. She was rushed to a hospital in Karratha by her family, from where she was airlifted to Perth and placed in an induced coma for two days. 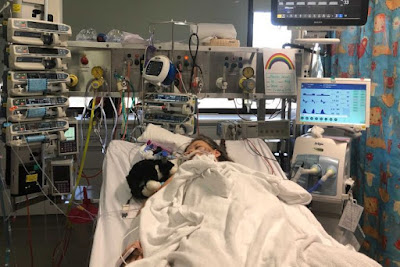 Hannah Mitchell receiving treatment for the sting of a Irukandji Jellyfish in a Perth hospital. Casey Mitchell/ABC News.

The Irukandji Jellyfish is a form of Box Jellyfish, Cubozoa, found along the northern coast of Australia, which has both a particularly potent sting and a very small size, making it particularly dangerous to swimmers. The Jellyfish are typically about 5 mm across, though they can reach as much as 30 mm, with tentacles between 5 and 50 mm in length. The sting of these Jellyfish is particularly potent, and can cause muscle aches, back pain, nausea, headaches, chest and abdominal pains, sweating, high blood pressure, difficulty breathing, and in extreme cases death. 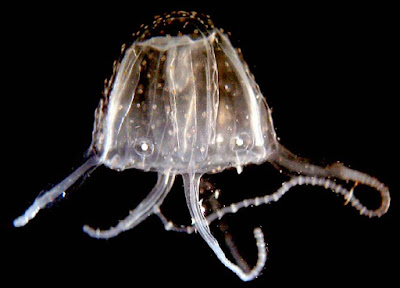 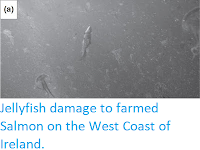 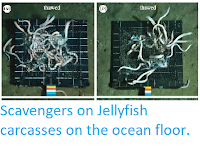 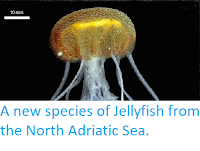