Marked Geckos of the genus Homonota are found across much of Central and South America, as well as on some Caribbean islands. These Lizards are generally nocturnal in nature, and favour dry rocky environments. There are currently twelve described species, though these are very similar in appearance, and the distributions of several species is poorly understood, so the group is likely to contain cryptic species (species which cannot be told apart easily by physical examination, but which are distinct genetically).

The new species is named Homonota marthae, in honour of herpetologist Martha Motte of the Museo Nacional de Historia Natural del Paraguay. Homonota marthae closely resembles the previously described species Homonota septentrionalis, lacking only a white band above the eyes in adults (this is present in juveniles of both species and adults of Homonota septentrionalis); the two Geckos live alongside one another, and had been presumed to be colour variants of the same species, but were shown by genetic analysis to be distinct. 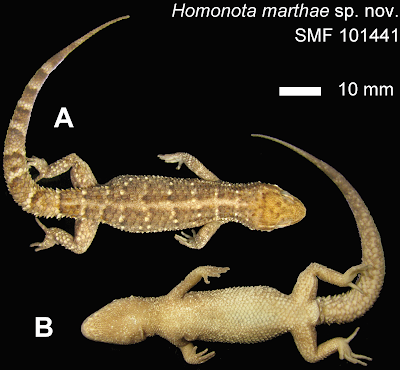 Dorsal (A) and ventral (B) views of a female specimen of Homonota marthae. Cacciali et al (2018).

Adults of this species reach 36-59 mm in length, excluding the tail, and are sandy brown in colour with darker bands on their back and a line of keeled scales along their spine. The species lives in Dry Chaco Woodland (thornscrub) in the Department of Boquerón. It is apparently unbothered by Human disturbance of this environment, and will live in human dwellings quite happily, for which reason it is not considered to be endangered. 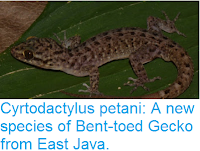 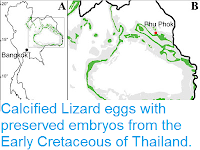 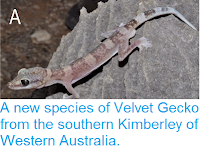 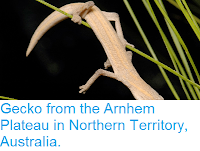