Three people have died following a landslide in the Jajarkot District of Nepal on Sunday 1 September 2019. The incident happened happened at about 1.45 am, hitting the house in which Parbati Wali, 32, and her daughters Motikala, 9, and Dhansara, 3, were sleeping. All three people in the house were killed, with Parbati's husband, Dal Bahadur Wali, surviving with leg injuries as he was sleeping outside. 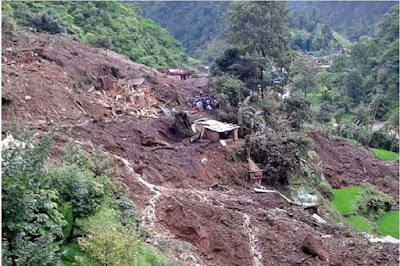 The scene of a landslide in Jajarkot District, Nepal, on 1 September 2019, that killed three people. Dinesh Kumar Shrestha/Himalayan Times.


The incident has been blamed on torrential rainfall that has fallen across the area in the last few days. Landslides are common during the monsoon season in Nepal, which lasts from May to September, with  the highest rainfall occurring in July. Landslides are a common problem after severe weather events, as excess pore water pressure can overcome cohesion in soil and sediments, allowing them to flow like liquids. Approximately 90% of all landslides are caused by heavy rainfall. 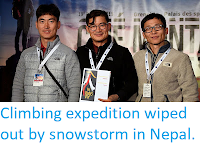 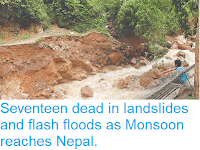 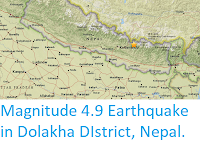 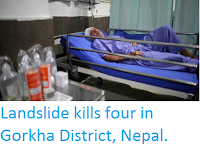 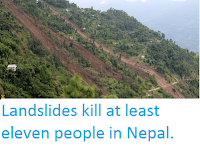