Pseudobatos buthi: A new species of Guitarfish from the Gulf of California.

Guitarfish, Rhinobatidae, are Batoid Fish related to Skates and Rays which have flattened, Ray-like foreparts but a powerful Shark-like tail. They are largely benthic in habit (live on the ocean floor) and burrow into sediment where they feed on Worms, Clams and other invertebrates. Guitarfish grow slowly, breed late in life and produce few young,  which makes them vulnerable to overfishing and habitat disturbance. The genus Pseudobatos is found on both sides of the Americas, with seven described species, three of which are found in the Gulf of California. In the 1940s and 1950s, ichthyologist Boyd Walker of the University of California Los Angeles collected 82 specimens of what he thought was a new, undescribed, species of Pseudobatos from the Gulf of California, though he never named or formally described this species.

In a paper published in the journal Copeia on 30 August 2019, Kelsi Rutledge of the Department of Ecology and Evolutionary Biology at the University of California Los Angeles, formally describes a new species of Pseudobatos from the Gulf of California, based upon morphometric analysis of Boyd Walker's specimens.

The new species is named Pseudobatos buthi, in honour of Donald Buth, Rutledge's mentor at UCLA, who provided her with access to Walker's specimens. The species can be distinguished from its closest relatives on the basis of the narrowness of its disk, the presence of a nasal tassel, and its uniform brown colouration. It has a long, narrow snout, short pelvic fins and a wedge-shaped body. The largest specimen in the collection measures 685.1 mm in length, the smallest 480 mm. 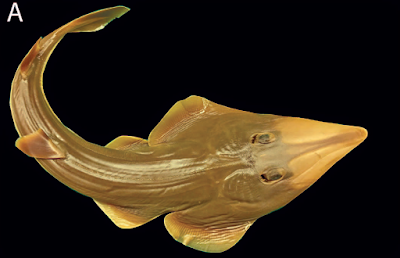 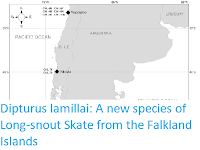 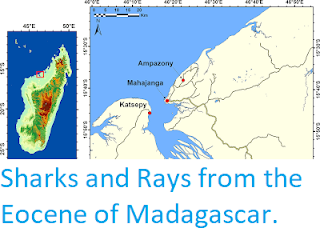 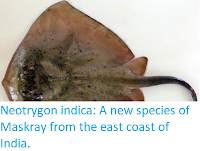 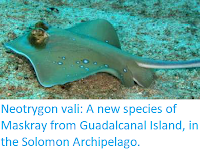 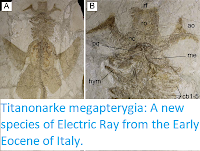