Partial Gomphothere tooth from the Miocene of Panama.

Gomphotheres were Elephant-like Proboscidean Mammals that appeared in Eurasia in the Early Miocene, and reached North America (where they achieved their maximum diversity) by the Middle Miocene and South America in the Pliocene. Gomphotheres differed from modern ('True') Elephants in that they typically had four tusks, with the lower pair often modified into a shovel-like arrangement. Their teeth were distinctive from those of Elephants, and their diet is likely also to have been different, though what this was has not been completely resolved. Isotopic studies have suggested that Gomphotheres ate a diet rich in Grasses, while wear patterns on teeth have been interpreted as indicative of a diet rich in tough, woody material. Gomphotheres persisted till the Late Pleistocene (or possibly early Holocene) in South America and southern North America, with the last known remains associated with early archaeological sites.

The tooth was discovered in 1959 by John Turner, then a pupil at Balboa High School in the former Canal Zone, close to the Madden Boy Scout Camp on Lake Madden (now lake Alajuela) and was shown to Bruce MacFadden at a Panama Canal Society meeting in Orlando, Florida, in July 2013. Subsequent investigation of the site suggests that it is Middle-to-Late Miocene in age, making it the oldest known Gomphothere tooth from Panama and the most southerly known Gomphothere tooth from the Miocene of the Americas. 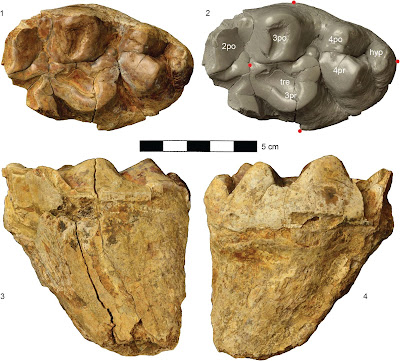 MacFadden et al. assign the specimen to the genus Gomphotherium, but not to a specific species due to the fragmentary nature of the specimen, and note that there are an overabundance of Gomphotherium species described from North America, many from extremely fragmentary specimens, many of which cannot be reliably considered to be valid. 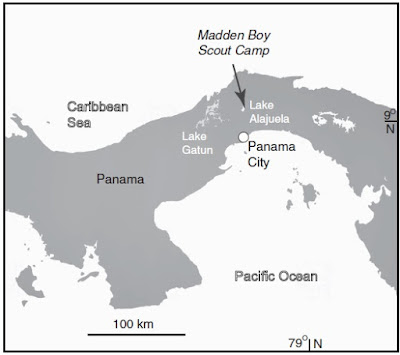 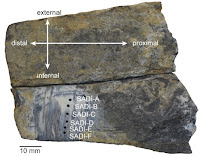 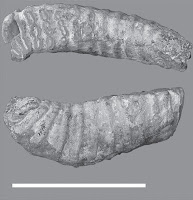 The Dwarf Pachyderms of Crete, Mammoths or Straight-Tusked Elephants?
Fossil Dwarf Elephants are known from a number of small islands around the world; this is not altogether surprising, dwarfism is common in populations of animals cut of on small islands (as is giantism). Animals in such environments often need to adapt to different niches to those they inhabit on larger land-masses, but are able to do so due to lack of competition, since there...
Follow Scieny Thoughts on Facebook.
Posted by Joe Bauwens at 18:43