Soldier Beetles, Cantharidae, are a large and diverse group of brightly coloured, soft-bodied, Beetles found on every continent except Antarctica. They are most commonly found in forested environments, where they feed on leaf-dwelling invertebrates and pollen and nectar from flowers. Soldier Beetles have a fossil record dating back to the Early Cretaceous, though most fossil Soldier Beetles known are from post-Cretaceous deposits. The Malthininae are one of five subfamilies of Soldier Beetles, distinguished by a smaller size, reduced elytra (wing cases) leaving the ends of the wings exposed, and a habit of mating abdomen-tip to abdomen-tip, rather than with the male on top as in other groups.


The new species is named Archaeomalthodes rosetta, where ‘Archaeo-’ means ‘ancient’, ‘Malthodes’ is the name of the genus from which the Malthininae gets its name, and ‘rosetta’ refers to the Rosetta Stone, which provided the key to deciphering the Hieroglyphic script of Ancient Egypt, in the hope that the discovery of this species plays a similar role in deciphering the evolutionary history of the Cantharidae. The species is described from a single male specimen, 2.50 mm in length, from a piece of amber from Kachin State in Myanmar, from deposits which have been calculated to have a maximum age of 98.79 million years old. 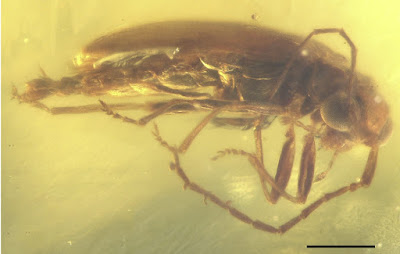 The oldest known Soldier Beetle comes from Hammana/Mdeirij Amber from Central Lebanon, which is dated to about 125-135 million years ago (Early Cretaceous); however this specimen lacks the hind part of its body is missing, preventing the assigning of this specimen to any group.  The oldest Soldier Beetles that can be assigned to any such group have come from Late Cretaceous Burmese Amber, with a prior specimen referred to the Subfamily Cantharinae. The discovery of a second subfamily in Burmese Amber suggests that they had begun to diversify by this point, which implies that ecological roles common to different groups, such as feeding on pollen and nectar, had probably also arisen by this time. 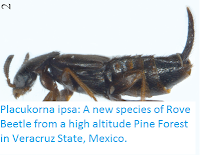 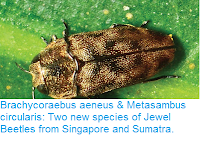 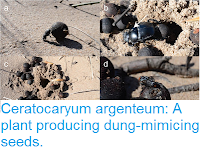 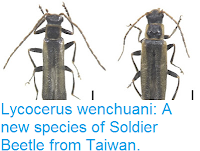 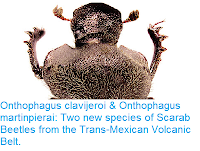