Magnitude 5.2 Earthquake off the west coast of Colombia.

The United States Geological Survey recorded a Magnitude 5.2 Earthquake at a depth of 6 km approximately 60 km off the west coast of Colombia, at slightly after 4.05 -m local time (slightly after 11.05 am GMT) on Thursday 12 January 2017. There are no reports of any damage or casualties associated with this event, but people reported feeling the event in parts of Panama. 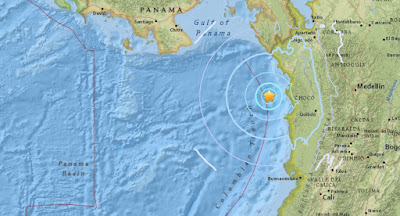 The approximate location of the 12 January 2016 Colombia Earthquake. USGS. 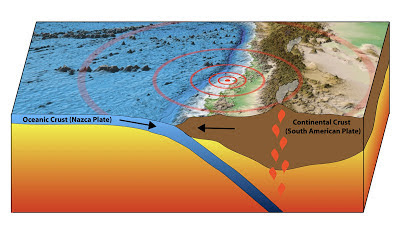