The presence of plants in urban areas has been shown on numerous occasions to improve human health, and a variety of ecological systems have proven to be a useful part of sewage treatment systems, including Reed beds and other wetlands, Mangrove forests and Bivalve reefs. Seagrass meadows are the world’s most common coastal ecosystem, and chemicals derived from Seagrasses have been demonstrated to inhibit the growth of a range of Bacterial pathogens in the lab, but the role of Seagrasses in reducing Bacterial pathogens in coastal waters has never been assessed.

The Spermonde Islands are densely populated and lack basic sanitation systems. The soils of the islands are thin, and do not retain wastewater well, with the effect that this quickly enters coastal waters. Lamb et al. sampled a variety of coastal sites both with and without Seagrass meadows, from the both in the in tidal flats where Seagrass grows and the Coral reefs that surround the islands, for the pathogenic Bacterium Enterococcus.

Diagrammatic representation of the inshore environments around the Spermonde Islands. Lamb et al. (2017).

Enterococcus Bacteria are often found in association with other pathogenic Bacteria derived from wastewater. Lamb et al. determined 42 genera of Bacteria harmful to Humans, Fish and Marine Invertebrates that had been found in association with Enterococcus in other studies, and sampled the waters around Bonetambung Island for these, determining that at least 18 of these were present in coastal waters around the island. These other pathogenic Bacteria were found to be present at twice the level in waters on tidal flats where Seagrass was absent and the Coral reefs below them compared to flats and reefs where Seagrass was present.

Next Lamb et al. examined Corals growing around the island for five commonly reported pathogenic symptoms, Black Band, White Syndrome, Growth Anomalies, Skeletal Eroding Band and Brown Band. They found that instances of disease in Corals were twice as prevalent in areas with Seagrass, and two conditions, Black Band and White Syndrome, were particularly associated with the absence of Seagrass.

This suggests that Seagrasses play a significant role in reducing the levels of Bacteria in seawater harmful to Corals as well as Humans. This is significant as Corals around the world have suffered significant levels of decline (as much as 80% loss in parts of the Caribbean and Indo-Pacific regions), with at least part of this due to disease. Pathogens affecting Corals are poorly understood, but at least one sewage-derived Bacterium, Serratia marcescens, has been shown to cause disease in Corals. 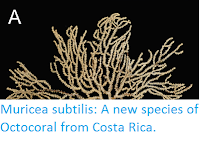 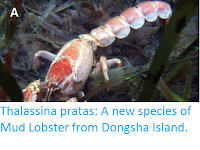 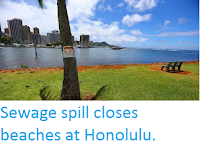 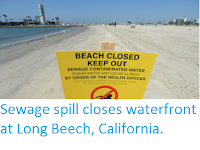