Understanding the origins of the Giant Tortoises of the southwest Indian Ocean.

Giant Tortoises were once numerous on both continental and island landmasses, though most of the continental species became extinct in the Late Pleistocene and most of the island species in the Holocene, all of which extinctions have been linked to a single cause, the spread of Modern Humans around the globe. Today only two species of Giant Turtle remain, Chelonoidis nigra in the Galapagos and Aldabrachelys gigantean on Aldabra Island, a small coral atoll in the Indian Ocean, about 400 km north of Madagascar and about 600 km west of the east coast of Africa. The southwest Indian Ocean was formerly somewhat of a hotspot for Giant Tortoise diversity, with at least two species on Madagascar, plus two species on Mauritius, two species on Rodrigues and one on La Réunion. 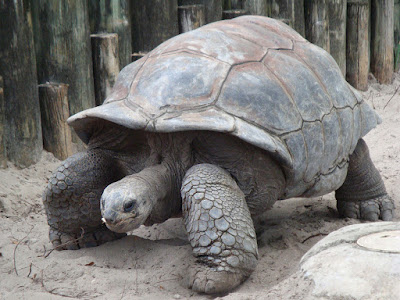 How the Tortoises got to these islands is somewhat of a mystery; the ancestors of the Giant Tortoises of Madagascar presumably reached there while Madagascar was still attached to the Gondwanan supercontinent in the Cretaceous, or floating there from Africa in the Eocene or earlier, when prevalent currents in the southwest Indian Ocean ran from Africa towards Madagascar (Giant Tortoises seldom voluntarily swim, but float well and can survive long periods at sea, so Tortoises swept out to sea by, for example, flood events, have a reasonable chance of surviving till they reach a new landmass). However from the end of the Eocene onwards, prevalent currents in the southern Indian Ocean have all flowed east-to-west, making it highly unlikely that a Tortoise could drift from island to island in this direction without swimming hundreds of kilometres against the current. This makes the presence of Tortoises on smaller Indian Ocean islands hard to understand, as all of these islands have appeared since the end of the Eocene; Mauritius having first appeared about 8.9 million years ago, La Réunion about 2.2 million years ago and Rodrigues about 1.5 million years ago, while Aldabra, with a highest point only eight meters above sea level, has emerged from and been covered by the sea several times during the past million years, and is thought to have been continuously exposed only for the last 80 000 years.

In a paper published in the Journal of Biogeography on 11 March 2016, Lucienne Wilmé of the School of Agronomy at the University of Antananarivo, and the Missouri Botanical Garden's Madagascar Research & Conservation Program, Patrick Waeber of Forest Management and Development at the Swiss Federal Institute of Technology Zurich, and Joerg Ganzhorn of Animal Ecology and Conservation at Hamburg University, discuss the possibility that Giant Tortoises may have reached the islands of the southwest Indian Ocean not by drifting on ocean currents, but by active movement by Humans.

The earliest Humans arrived on Madagascar about 4000 years ago. These were fairly advanced, already having metal tools, and are thought to have come from Southeast Asia, with subsequent waves of arrivals from Arabia, Africa and eventually Europe. People from Southeast Asia began making ocean-crossing journeys about 45 000 years ago, hopping from island-to-island to reach remote parts of the Indian and Pacific Oceans, as well as the continent of Australia, and possibly South America.

During this process they introduced many animals and plants to the islands they visited, such as Pacific Rat, Rattus exulans, Chicken, Gallus gallus, Sweet Potato, Ipomea batatas, Taro, Colocasia sp., and Banana, Musa sp.. Giant Tortoises have been considered to be excellent eating by most cultures that have encountered them (most species being wiped out by encounters with hungry European sailors in the eighteenth and nineteenth centuries). It is not, therefore, an outlandish idea that early navigators might, having encountered Giant Tortoises on Madagascar, have moved small populations to other islands in the Indian Ocean as a potential food source, either for colonists living permanently on the islands or for other sailors visiting the islands (European sailors introduced Sheep and Goats to many small islands for similar reasons). 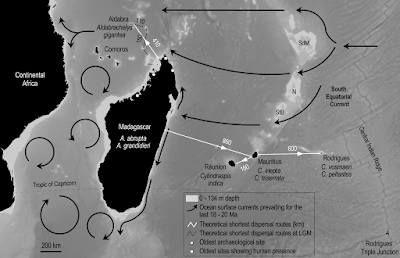 Wilmé et al. note that no ancient archaeological sites have been found on the Mascarine Islands (Mauritius, Rodrigues and La Réunion), which would seem to present a problem to this theory. However they note that sealevels have varied considerably over the past few thousand years, which has a particularly strong effect on small islands, so that it is quite possible ancient coastal settlements around these islands may have been covered by rising seas.

More problematically, the Tortoises of the southwest Indian Ocean are considered to have belonged to eight different species, which seems unlikely if they were all transplanted from Madagascar (where only two species are known). Wilmé et al. do not dispute the current accepted taxonomy of these species, however they do observe that species isolated on small islands are known to evolve rapidly, and that Tortoises, which produce particularly large clutches of young, are potentially more prone to this effect than slower breeding groups such as Birds or Mammals. 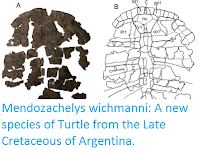 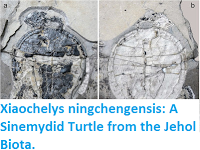 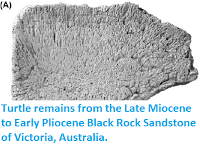 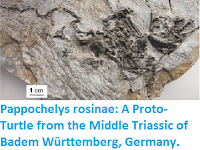