Bagworms, Psychidae, are a group of small Moths which get the common name from the habit their larvae possess of building a sack-like dwelling on the trunks of trees or other vertical surfaces. It members of the genus Dahlica the mature females lack wings, and in some cases can reproduce parthenogenically (asexually, without males) resulting in animals which retain a Worm-like appearance throughout their lives, with the winged males seldom, if ever, seen.

In a paper published in the journal ZooKeys on 26 January 2018, Seung Jin Roh and Bong-Woo Lee of the Division of Forest Biodiversity at the Korea National Arboretum, and Bong-Kyu Byun of the Department of Biological Science and Biotechnology at Hannam University describe two new species of Dahlica from Korea.

The first species described is named Dahlica somae, in honour of Da-Som Kim who collected the specimens from which the species is described. Males of this species have wingspans of 12.3-13.4 mm, and have blackish brown bodies, grey-brown heads, dark grey forewings with white spots and grayish white hindwings. Females are wingless and reach slightly over 4 mm in length, being dark brown in colour with yellow membranous areas, light brown scales on their abdomens and white hairs elsewhere.

The second new species is named Dahlica ochrostigma, meaning ‘pale spots’ in reference to the pattern on the forewings of the males. Males of this species attain wingspans of 9.8-11.2 mm, and are greyish in colour with brown hairs on their heads and pale yellow spots on the forewings. Females reach 4.5 mm in length and are reddish brown with darker brown heads, light brown scales on their abdomen and yellow-white hairs elsewhere. 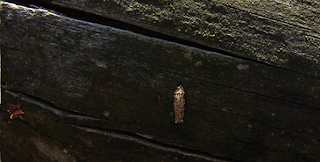 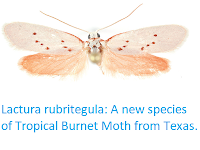 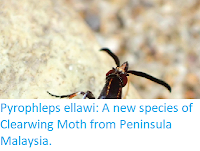