Dust samples collected from sites in Panzhihua City in Sichuan Province, China, have been shown to contain between 26.045 and 418.436 parts per million lead, compared to a level of 30.9 parts per million considered to be the maximum safe level in soil according to legislation in the province. The city is home to coal mining, iron and steel smelting, and chemical factories and coal-fired power plants, all of which could potentially be sources of lead, as could the city's extensive road traffic. 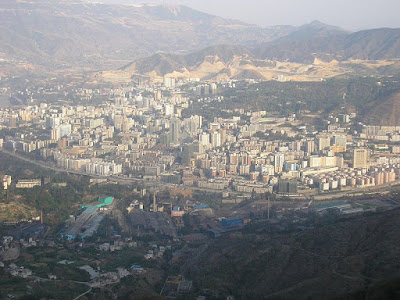 The city of Panzhihua in Sichuan Province, China. 攀枝花市中心全图/Wikimedia Commons.

Lead is a heavy metal that is highly toxic to humans when ingested or inhaled. The WorldHealth Organization maintains that there is no known safe level of lead exposure. Elevated lead levels damage the brain, kidneys, liver, stomach, nerves, and blood cells, which may result in anaemia,  IQ deficits, reduced attention span, reading and learning disabilities, behavioural problems, hearing loss, impaired growth and visual and motor functioning, anaemia, high blood pressure, coma, convulsions, or death. Lead poisoning can often go undetected, as it may not manifest in obvious symptoms.

Lead (Pb) has three stable isotopes, ²⁰⁴Pb, ²⁰⁶Pb, ²⁰⁷Pb, and ²⁰⁸Pb. These all have the same number of protons in their cores, giving them the same valencies and chemical properties (i.e. they all behave in exactly the same way in chemical reactions), but different origins. ²⁰⁴Pb is considered to be a 'primordial nuclide', which is to say all the ²⁰⁴Pb on Earth formed in supernova reactions before the Earth was formed, whereas  ²⁰⁶Pb, ²⁰⁷Pb, and ²⁰⁸Pb are formed by the decay of unstable isotopes of other elements, uranium. actinium, and thorium, respectively. These are very slow processes, occurring over geological timescales, which has implications for the distribution of these isotopes, as uranium. actinium, and thorium have different chemical properties, and do not appear at similar concentrations in different rock strata, with the effect that neither do the isotopes of lead obtained from their decay. In practise this does not enable scientists to determine exactly what type of rock a lead sample came from using its isotopic ratios, but it does mean that all rocks containing lead have unique lead isotope signatures, which will be preserved in lead isolated from them, so that if the ratio of lead isotopes in a sample is known, and there is only a limited number of sources from which it mighr have come, then there is a very good change of tracking its origin.

Based upon comparison of the isotopic composition of atmospheric lead and samples of soil, motor vehicle exhaust dust, fly ash and smelting dust samples from Panzhihua, Wang et al. conclude that the smelting industry is the major generator of atmospheric lead in the city, contributing 61.25% of the total. The next biggest contributor is motor vehicle exhaust fumes, which account for 23.94% and soil, which contributes 14.81% of the total lead. Surprisingly there was no evidence of any significant contribution from coal fly ash. 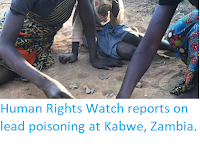 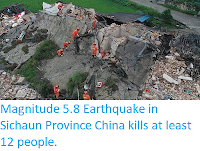 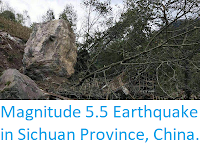 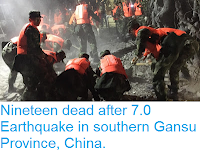